A Canada We Recognize 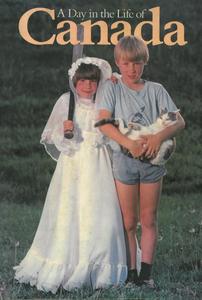 It's inevitable that the whole country goes batshit at election time, particularly when things seem a bit precarious for those desperate to hang onto their power, but in the last couple of weeks, the national conversation has taken a dangerous turn, becoming rife with hatred and anger. The result has been a Canada as weird and terrible as the Canada depicted in the photo to your right (which was brought to our attention via a tweet by the Orkney Library) but much less funny.

And so in an attempt to balance the scales of sanity, we offer this list of books that give us a Canada we recognize.

A Canada that is a place of asylum

Flight and Freedom, by Ratna Omidvar and Dana Wagner

The global number of people currently displaced from their home country—more than 50 million—is higher than at any time since World War II. Yet in recent years Canada has deported, denied, and diverted countless refugees. Is Canada a safe haven for refugees or a closed door?

In Flight and Freedom, Ratna Omidvar and Dana Wagner present a collection of thirty astonishing interv …