The Chat with Patrick DeWitt 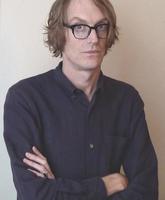 This week we’re in conversation with Patrick DeWitt. His latest novel, French Exit, tells the story of Frances Price, widower and “Upper East Side force of nature,” her layabout son Malcolm, and their ageing cat Small Frank, who Frances believes houses the spirit of her late husband.

Quill & Quire says “DeWitt’s absolute mastery over this approach is a thing of beauty: every nuance, scene, character, and snippet of dialogue is pitch perfect.” The New Yorker, meanwhile, calls DeWitt “a stealth absurdist, with a flair for dressing up rhyme as reason.”

Patrick DeWitt was born on Vancouver Island in 1975. He is the author of three critically acclaimed novels: Undermajordomo Minor, Ablutions, and The Sisters Brothers, which won the Governor General’s Literary Award for Fiction, the Rogers Writers’ Trust Fiction Prize, and the Stephen Leacock Medal. It was also shortlisted for the Man Booker Prize and the Scotiabank Giller Prize. He lives in Portland, Oregon.

THE CHAT WITH PATRICK DEWITT

Nisha Coleman and Busker: Stories from the Streets of Paris 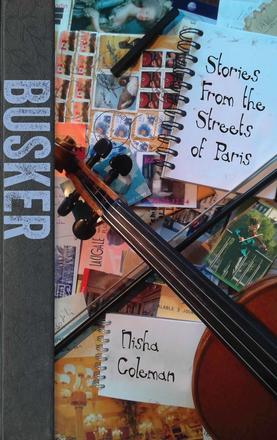 There are two reasons why right now is perfect time to be telling you about Nisha Coleman's Busker: Stories from the Streets of Paris. One is that we're focusing on oddballs and misfits this month here at 49th Shelf, in this misfit month with its 29 days, and Coleman encounters so many of these characters during her time busking in Paris living on the city's cultural fringes. And the second is that Valentines Day is on the horizon, and Coleman's memoir shows the City of Love like you've never seen it before. Busker is also very much a love story in its own right—just not the kind you're probably used to.

Kerry Clare: There are so many compelling bits of your memoir, and one of them for me is the way you write about loneliness of your life in Paris in the beginning, about your longing for just an ordinary friend. You meet so many characters in your daily life—the man with the moustache, the guy with the sex songs, Michel the kisser. Was there really such a dearth of ordinary folks? Are they just not approachable? Is normal too boring to write about? Is there such a thing as normal at all?

Nisha Coleman: I don't believe in normal! I longed for an ordinary friend, but not a normal one. What I lacked in Paris was the kind of closeness that lets you relax i …