On the Insidious Absence of Stories, and Bridging Ethnic Solitudes: Guest Post by Eva Stachniak 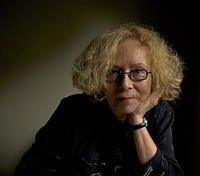 Eva Stachniak's debut novel, Necessary Lies, won the Amazon.com/Books in Canada First Novel Award in 2000. The Winter Palace, a novel of Catherine the Great will be published in January of 2012 in Canada, U.S., U.K., Holland, and Poland. She lives in Toronto where she is at work on her next novel about Catherine the Great.

I’m Canadian and I’m Polish. I have two internal voices in two languages that have become indelible parts of myself. I’m a North American and a European, for both cultural traditions have shaped me and both demand that I listen to their arguments. To complicate it further, I was born in Eastern or New Europe, as the lands from behind the former Iron Curtain are often called, in what Timothy Snyder, the Princeton historian of 20th century atrocities, calls the bloodlands.

I am also a writer.

Two decades ago I started writing about Polish immigrants to Canada who, like me, arrived here in the aftermath of the Solidarity crisis in search of a home. I wrote in English, not only because I was a graduate student of English at McGill, but also because English allowed me to tell these Polish stories to readers who did not share my ethnic background.

The characters of these early stories are forced to re-examine their heritage. Having left their hom …