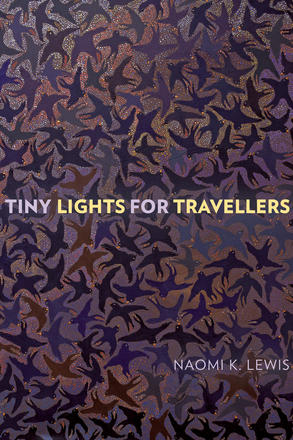 Tiny Lights for Travellers, by Naomi K. Lewis, is a memoir that travels across the world and into family history to make sense of the here and now. Writer Lauren B. Davis calls the book "an irresistibly wise, poignant, and often funny memoir, a spiral dance through time and space exploring memory, desire, the roots of family, race, and religion; as well as what it means to belong in one’s own skin."

In this reading list, Lewis recommends others memoirs that have inspired her as a writer and as a reader.

Between Gods, by Alison Pick

Between Gods was published to great and deserved acclaim just as I was beginning work on Tiny Lights for Travellers. I was both inspired and intimidated: Pick’s family history and ambivalent Jewish identity were so like and yet entirely unlike my own. Intimidation aside, I was so grateful for Pick’s voice and her story. Her memoir reminded me to strive for honesty in my own when I was tempted to shy away from the undignified truth. And it reminded me, tragically and poignantly, that my own experience of the mult …