There is so much good stuff on 49th Shelf that we sometimes compile our favourites to keep them close at hand via this series, Top Shelf. If there's not a book for you here—nay, ten!—well, we guess there isn't but it would be very, very strange. Enjoy!

Sometimes cities pulse with energy and optimism. And sometimes they crush. Urban Grit is about the crush, with characters struggling to survive and even thrive in the face of it.

Check out Suzanne Allyssa Andrew's blog post along these lines, as well: Messes and Meltdowns in the City.

Whether or not you believe that "short is the new long" when it comes to fiction, you'd be hard-pressed to turn down a book or two on this list of hot short story collections that came out in Spring 2015. Another hugely popular list among members in this same area is Canadian Short Stories, The New Generation, a crowdsourced list of writers who may be heirs-apparent to Munro and Gallant, and who are most definitely compelling Canadian voices in the twenty-first century.

Kathryn Kuitenbrouwer's new book is All the Broken Things. Here, she writes about the space between survival as metaphor and fact, and ponders the origin of myth. 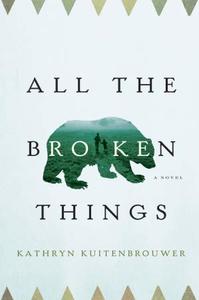 'Soldier Man found him in the bush, and disappeared, and found him again. Now he stood near the shelter Bo was building on an east-facing slope under the canopy of a young forest in the northeast corner of the park. Bo used deadfall and pine boughs he’d cut from trees farther south, decorated the lean-to with bits of cloth people had left or lost in the park.

“Make it with confidence, boy, and no one will see it. You try to hide, they’ll find you, I swear.” Soldier Man crouched down, trying to coax Bear with a treat.'

from All The Broken Things

In my new novel, when the character named Bo hides with his bear cub in Toronto's High Park, he is structuring this decision around a mythic story line. The reader would do well to think that Bo is confused and has gone, like so many characters before him, including Iron John and Orpheus and Little Red Riding Hood and Gilgamesh, to an otherworld or forest-place, a space of wildness, on the margins, where society cannot understand him, and where he can be tested and find courage and humanity. That is how the author might want such a fictional geography t …

By Kerry Clare
tagged: rebecca silver slayter, in the land of the birdfishes, myth, lists 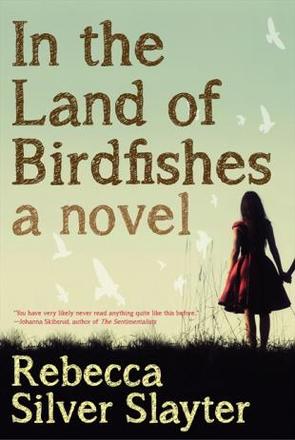 Rebecca Silver Slayter, author of new novel In the Land of Birdfishes, offers up this fantastic recommended reading list.

I’ve always felt drawn to books that engage in some way with myth. It’s one of those instinctual attractions that I have to sort of reason my way backwards to explain. Myth aspires toward connection and toward consolation for disconnection, distilling the vastness and variousness of human experience to its heights and depths, as if there is something universal in those moments of extremity. Which of course is probably where the problems start. Sometimes I am suspicious of my attraction to myth, and wonder if it’s something I should cut down on, like salt. Probably if I were a more serious person, I would read only austere, searing realism, trafficking exclusively in accuracy of detail. But then I think there must be a lie in realism too, that it’s only another kind of myth about what life is and how it feels. And inversely, there must be something true in the stories we share between us (even if only in what they reveal about us and what we want to be true). That sharing is really what defines myth—that it becomes part of a collective way of looking at the world. And so maybe that is where the problems start: with religious or cultura …