Books and Ghosts: Tomes of Terror 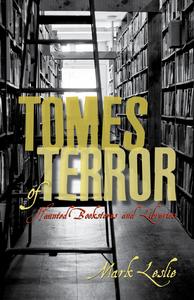 Books and ghosts: how could we not feature Mark Leslie's new book, Tomes of Terror: Haunted Bookstores and Libraries, on 49th Shelf during the week leading up to Halloween? It's a collection of true tales about spooky places rife with books and ghosts, and even some less spooky places where you'd least expect a ghostly encounter—like a Smithbooks located in a suburban shopping mall. We're pleased to share that story with you here, as well as another about a library reportedly haunted by a young woman whose face has been glimpsed peering out from the tower window.

The ghostly residents of many beloved bookstore locations that are now closed continue to haunt the hearts and minds of both patrons and staff members. These spirits are all the more memorable if, like any good customer, they display a penchant for a particular author’s books.

I was intrigued to chat with an old bookseller colleague about an experience that she had when she worked at a bookstore than has been closed now for about 14 years. Even though Shannon left the store back in 1998, she kept with her a fond and deep love for the bookstore, her fellow staff members, and the customers of the Smithbooks at Sherway Gardens.

The Tombstone Ghost by Mark Leslie: An Excerpt from Haunted Hamilton 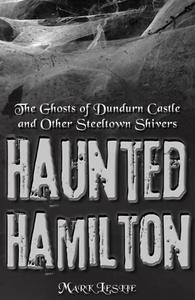 On an otherwise typical Sunday night in June 1971, around the time that Ontario Place opened in Toronto, Federal Express was founded in Little Rock, Arkansas, and The Ed Sullivan Show made its last broadcast on CBS-TV, Norm and Sherrie Bilotti encountered something dark and mysterious in their home—a far more memorable event for them.

Norm Bilotti was startled out of a peaceful midsummer night’s dream by the shrill screams of his wife, Sherrie. When his eyes shot open, he immediately spied what was causing Sherrie’s sudden bout of night terrors: a faceless female shape cloaked in a long flowing gown was hovering just a few feet above their bed. They were both frozen in fear, staring at the figure before them and trying to determine exactly what it was.

Norm vocalized his query, asking his wife what the hell it was as he sat up in the bed. Almost as if in reaction to his voice and motion, the shape slowly moved to the foot of the bed. He was able to estimate her height as approximately six feet before it retreated from the bed and toward the wall. It seemed to grow smaller, then completely vanished.

Not believing his eyes, Norm leapt from the bed, ran to the light switch, and lit up the room. There was nothing by the wall where the figure had disappeared. He mo …