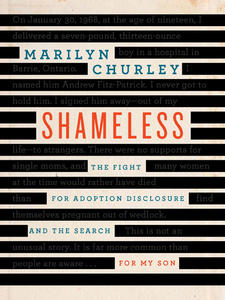 Marilyn Churley: Adoption is a feminist issue for many reasons. As I said in the introduction to Shameless, history shows that women have always been coerced into living their lives as society deems appropriate, and tormented, punished and shamed when they didn’t comply. The double standard aro …