Save the dates! Across the country, organizers and volunteers extraordinaire are programming epic celebrations of books and the amazing people who write them. Find out what's happening in your literary neighbourhood.

The spring festival season season kicks off with the Growing Room Literary & Arts Festival in Vancouver, BC, running March 11–15, with Aisha Sasha John, Alex Leslie, Alicia Elliott, Amanda Leduc, and Andrea Warner...and these are only a handful of exciting artists at the top of their alphabetized list—just wait til you check out the rest!

Summer might be approaching its end, but literary festival season is just beginning! Find out what's happening near you, or even farther afield—because literary festivals make for good road trips. Just saying.

The Dunedin Literary Festival is back with Words in the Woods (near Creemore, ON) on September 14, with fun for the whole family, a special musical event with world-renowned botanist Diana Beresford-Kroeger and Juno-award winner Sarah Harmer, and other authors including Anar Ali, Joanna Goodman, Ann Hui, Nicole Lundrigan, Bianca Marais, Nathan Ripley, Jennifer Robson, and Jessica Westhead.

Since early spring, literary festivals across the country have been bringing readers and writers together, celebrating the goodness of books and reading, and it's been the most glorious build-up to this moment right now where the literary festival season tips over into fall, which is when everything happens.

Find out what's going on near you!

Mark your calendars, everybody! Across the country, incredible festival volunteers have been conspiring to pull off amazing literary celebrations over the next few months and the season promises to be delightful.

Your 2017 Guide to Summer Literary Festivals 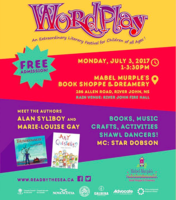 Summertime is festival time! All across the country this summer readers and writers will be gathering to celebrate stories, books, and the wonders of the written word. Whether a festival is happening in your neighbourhood or at the site of your vacation destination, there is something for everyone. Find out what's happening near you...

From July 6-9, the Elephant Mountain Literary Festival ("Arguably one of the most beautiful lit fest locales going," according to the Toronto Star) in Nelson, BC, features authors including Leesa Dean, Lee Maracle, Joy Kogawa, and more.

With the arrival of September, Canadian litfest season goes full-throttle. Here are all the details on what's going down at festivals across the country. 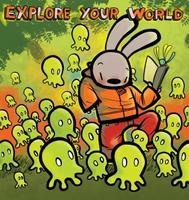 As of early morning last Saturday, summer is here, which means that Literary Festival Season will be arriving not long after. To ensure you make the most of it, we've once again compiled a handy guide to literary festivals across the country from here 'til November. Check out what's happening in your area, or at your vacation destination.

Or maybe even plan a trip around one of these stellar fests, so that new Canadian books and new Canadian places might be discovered together.

From March 12-17, Versefest happens in Ottawa with the line-up still to be confirmed.

"Read a Book, Share a Story" is the theme of TD Children’s Book Week 2012, which kicks off on May 6 and sends 29 Canadian authors, illustrators and storytellers across the country to share their work and bookish passion with the public through readings held in public libraries, community centres, bookstores and local schools.

“We are thrilled that, with TD’s support, these authors, illustrators and storytellers will help children across the country discover the joy of reading,” says Charlotte Teeple, Executive Director of The Canadian Children's Book Centre, TD's partner in the venture.

This is the 35th year that Children’s Book Week has taken place. In 1977, the event began with just 11 participating authors, including the much celebrated Dennis Lee (of Alligator Pie fame, among many other books), who remembers “the excitement as so many writers starting to come out of the woodwork. Publishers, librarians, teachers and parents were realizing that good stuff was coming from their own time and place.” 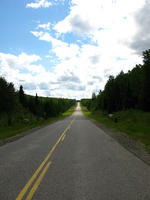 If you're a reader, to live in Toronto is an embarrassment of riches. We have access not only to year-round literary events, many of which are free, but to many authors themselves. Publishers, as well. Enough so that it becomes easy to forget just how much there is to see and do. It's not to say that we don't revel in our fandom; but, how we invest in our community is, perhaps, a little strategic. Who. When. Why. How. I'd wager to suggest that we're not as open to surprises as we are to supporting our own. Which is to say that to thrive in the trenches of the Toronto lit scene is to limit your view of the larger battlefield. (I think it's safe to say we're at war with ourselves, yes?)

At some point, I started to pay closer attention to attendees. While many were fans of one author or another, it seemed just as many were using events as an audition in order to determine whether or not to invest in the purchase of an author's book, or which book should there be a variety of authors on display. We've become too familiar with our community, perhaps in the same way a Los Angeles native thinks nothing of standing in the line at Anthropologie behind an actor at The Grove. True, writers are just people. But, actually, no, they're not. They're rock stars. They move and in …

Our Coast-to-Coast Guide to Word on the Street 2011

This Sunday September 25th, Canadians coast-to-coast will take to the street for The Word on the Street National Book & Magazine Festival. This year the festival, which began in Toronto in 1990, will take place in six Candian cities: Vancouver, Lethbridge, Saskatoon, Kitchener, Toronto and Halifax. With its tagline, "Celebrating Reading, Advocating Literacy," WOTS is a chance for Canadians to learn about and support local literacy causes, as well as connect with some of the people behind the best books and magazines this country has to offer.

Literary Festival season starts early here in Canada, with events such as Salon du Livre du Grand Sudbury, Niagara Literary Arts Festival, Whitehorse Poetry Festival, the Frye Festival in Moncton NB, and the Festival littéraire international de Montréal Metropolis bleu already behind us. Now that summer is officially here, however, things will be kicking into high gear, and you'll be hard-pressed to find a Canadian summer weekend without a literary festival in it. And so to help you navigate that busy calendar, we're pleased to bring you the 2011 Literary Festival Guide, celebrating books from coast to coast.

The Scream Literary Festival runs in Toronto from July 6-11. It's the last hurrah for this legendary fest, which culminates in an event in the middle of High Park with readers including Christian Bök, Dani Couture, Sheila Heti and Misha Glouberman. The Saskatchewan Festival of Words takes place in Moose Jaw from July 14-17, featurning Helen Humphreys, Susan Juby, Charlotte Gray, Ryan Knighton and Robert J. Sawyer amidst an absolutely stellar line-up. And then there's the Lakefield Literary Festival, in Lakefield ON, which happens July 15-17, with readers including Sarah Selecky, Trevor Cole, Alexander MacLeod, Merilyn Simonds, Suzanne Desrochers, and Lisa …