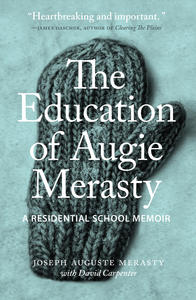 In Talking History, Canada's foremost historians and history experts show that Canada's history is essential to our understanding of our country and the world today. The series is made possible through a special funding grant from the Department of Canadian Heritage.

Kaleigh Bradley is a historical consultant and PhD candidate in the Department of History at York University. Her current research examines the environmental history of Indigenous lands and the effects of mining and development on Indigenous communities in Northern Ontario. She’s also a co-editor of the popular history website ActiveHistory.ca.

In the nineteenth century, near present-day Sault Ste. Marie, Chief Shingwaukonse dreamt of a teaching wigwam where Anishinaabe children could acquire vocational and academic skills. Chief Shingwaukonse wanted children to have these tools so that they could preserve Anishinaabemowin (Ojibwe language), and easily adapt to a modernizing economy and society. Indigenous peoples, with the help of church missionaries and government officials, sought the creation of the schools for their children, but the schools later became an instrument for cultural genocide.