Launchpad: You Are Not What We Expected, by Sidura Ludwig

Today we're launching You Are Not What We Expected, by Sidura Ludwig, which Jami Attenburg calls, “A gorgeous, highly visceral, deeply felt collection of linked stories about how families work—and don’t work—together. The Levine family is unforgettable.” 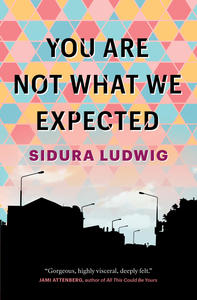 When Uncle Isaac comes back to Thornhill to help is sister care for her two grandchildren, he finds himself embroiled in more neighbourhood drama than he expected in this collection of …

Suri Rosen on YA and Making the Possible … Possible 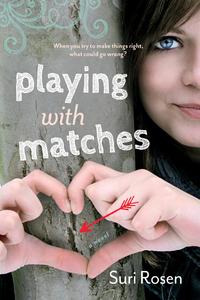 Suri Rosen writes about her new YA novel, Playing with Matches, and about how building a YA world without vampires isn't as easy as you'd think.

In my debut novel, Playing with Matches, I explore a phenomenon that seems incongruous to the edgy world of contemporary young adult literature: traditional matchmaking.

Although matchmaking is not entirely incongruous. While young adult literature spans a broad spectrum of subject matter, the exploration of physical and emotional boundaries is a common theme. And romance is almost always an ingredient in a female protagonist’s growth.

In Playing with Matches, I combine the tradition of matchmaking with a most decidedly non-traditional medium—the Internet. This twist provided me with an almost unlimited supply of material for intrigue and mayhem.

And when you’re writing comedy, who doesn’t love mayhem?

But what about plausibility? How believable is it for accomplished professionals to turn to a matchmaker to find them a partner? Can you write about a protagonist in an all-girls school whose goals don’t involve pursuing a relationship? In the YA-verse, that’s pretty outlandish.

As writers, we often have the task of making the impossible seem possible. Readers are willing to enter alien worlds. They want to be …