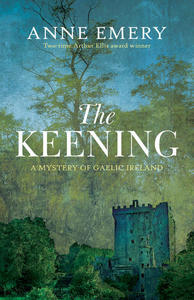 Enter for your chance to win a copy of The Keening on our Giveaways Page!

My first eleven books are known as the Collins-Burke mystery series, revolving around the trials and tribulations of my two main characters. Monty Collins is a Halifax criminal lawyer who lets off steam by singing in his blues band, Functus. Father Brennan Burke is priest whose family emigrated from Ireland to New York City under a cloud. Burke is now a choirmaster in Halifax, but aside from his musical brilliance he is hardly a choirboy. He is fond of a drink, uses salty language, and has occasionally let a pretty face compromise his vows, but he stays the course as a priest of God. Monty and Brennan sometimes work together, and sometimes inadvertently against each other, as they try to solve the murders that happen on their turf.

My new book is a departure from the series. The Keening: A Mystery of Gaelic Ireland is a stand-alone historical novel. I’ll be returning to the Collins-Burke series for my future novels!

Like any other writer, I love reading! I read a lot of history, philosophy, politics and, of course, good fiction. My list here includes some of my favourite genres, books that I have enjoyed or that have influenced my own writing: crime fiction, true crime, historical mysteries, … 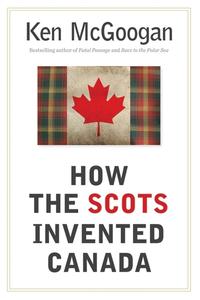 Ken McGoogan is the best-selling author of a dozen books, among them 50 Canadians Who Changed the World and How the Scots Invented Canada. Please see his full bio at the end of his post. 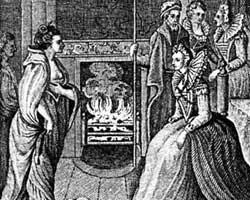 One of the most evocative moments of a recent circumnavigation of Ireland with Adventure Canada came as we arrived at Inishbofin, a small island off Connemara. As we rode from our ship into the harbour, eight or nine to a zodiac, we passed Dun Grainne, the remains of a fortress used in the 1500s by lege …

I need to seed a book in a place. In my mind I plant the idea of the book in one very specific patch of ground and hope it will grow from there. Until I know where that patch of ground is, I'm lost and the story, the book, that I'm trying to write does not come into focus. I can’t grasp it. I have no traction on a story until I have a place.

In my novel The Law of Dreams, which is a story of the Irish Famine, I had to wrestle with the book for quite a while before I came across the place where it could be seeded. That was--guess where?--in Ireland, on a damp mountainside, in Co. Clare. A man who knew every inch of that ground as a naturalist, as a historian, and as an Irishman, was my guide that day. I’d been in Ireland many times before. I knew the country pretty well, and I wasn’t naïve about it. Ireland has always interested me as a real place, not a mystic wonderland. I feel connected there because I often see people who look like they could be my relatives; on the other hand being in Ireland always makes me very aware of being very Canadian, not Irish. So. We were tramping up and down that beautiful, quite barren piece of Connacht on a damp morning in November. I was fighting a flu which had nailed me the day after arriving in Dublin, from Los Angeles. …