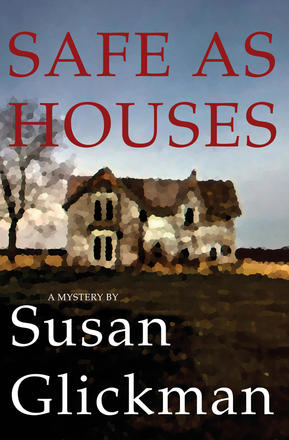 Our next stop for Mystery Month is Safe as Houses by Susan Glickman. It's the story of a quiet Toronto neighbourhood disturbed by a murder in its midst, a book that portrays the uncanniness of discovering that our safe places have hidden dangers after all. And it's true that houses have many more sides than just four walls. In this list—whose expansiveness is fitting for an author who has written for a children and adults—Glickman shares ten stories with a house at their centres.

My new novel, Safe as Houses, is a murder mystery that plays with the assumption that a house is always a safe place. Home can be a refuge; family (another meaning of “house”, as in the house of Windsor) can be those who love you best. But home can also be a prison, and those you live with your greatest torment. Here are some other Canadian books, for both adults and kids, which ask whether a house is always a home—or even whether a home need be an actual house. 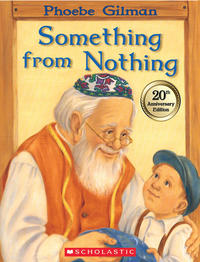 Something from Nothing, by Phoebe Gilman

A beautiful picture book that parents and children will bo …

Good Houses, Birth Houses: The Many Houses of CanLit

A good look at English literature will tell you that a great many books, at their heart, are about real estate. What would Romeo and Juliet have been without those two households both alike in dignity? And then think of all the stately homes of 19th-century fiction—Pemberley, Thornfield Hall—and then Howards End and Darlington Hall, more recently. There are fictional houses that we know as well as their books, and this is certainly the case in Canadian literature as well. And while our fictional homes may not often be stately, these houses are just as integral to the stories in which we find them. These are houses that are characters in their own right.

That place mattered much to L.M. Montgomery is evident from the titles of her books, her preoccupation perhaps born from her own rootlessness as a child and even as an adult, moving around as a minster's wife. Instead of having a home, she imagined homes and houses which live large in the mind of Canadian readers. There are Anne's houses: Green Gables, Windy Poplars, her House of Dreams, and then Ingleside, where she raises her family. Other Montgomery-invented abodes include New Moon, Silver Bush, Lantern Hill, and The Blue Castle, each one as alive as the characters who inhabit them.