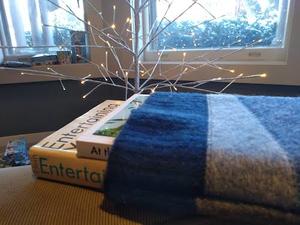 If you're ever looking for something extra to feel a bit sad about, I recommend searching back through our archives to find the Spring Literary Festival Guide I posted in February with every expectation that 2020 was going to proceed as planned.

And were there ever plans! For these festivals, and for book launches, and book clubs, and bookstore events, and exciting new releases, and all the usual things that make up a literary year. But by now, we all know what happened next...

We know too, however, the way that so many people rose to the occasion, from booksellers working overtime and learning a whole new trade (online sales! delivery!) to get books into the hands of readers, to festivals and events moving to virtual, and authors designing innovative ways to launch their books, and publishers putting out all the stops to keep those 2020 books coming.

And are we ever glad they did, because in a year of such turmoil, books were one thing we could count on.

Personally, it was the opportunity to continue to promote and celebrate books and authors (and their readers!) here at 49th Shelf that gave me such a sustaining sense of purpose back in the spring—and so I have you all to thank for that. I'd also like to thank Kiley Turner and Craig Riggs, Kate Edwards and the ACP … 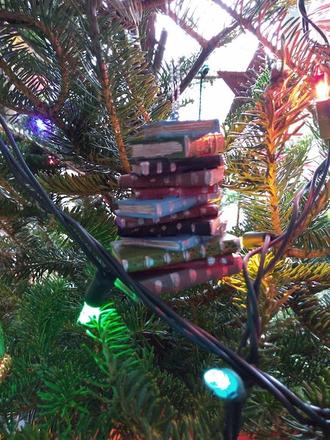 For Christmas, or any holiday, or even for no reason at all: books are my favourite presents to give or receive. This year, various people I love will be unwrapping books including Dear Evelyn, by Kathy Page, Machine Without Horses, by Helen Humphreys, Late Breaking, by KD Miller, The Saturday Night Ghost Club, by Craig Davidson, and Sweep, by Jonathan Auxier.

And while I look forward to receiving some new books as well, brand new books are not actually what I'm most looking forward to this holiday season. Because while new books under the tree are wonderful, my very favourite thing about this holiday—in the dead of winter when we do all we can to light up the darkness—is the time it allows us for such indulgences as re-reading, or even finally getting to that title that's been sitting on the shelf for years. To discover a book that maybe everybody isn't talking about right now, but that doesn't mean the book isn't excellent, or that it hasn't only been waiting for you until the moment was right.

Yesterday the weather in Toronto was warm enough that I got to sit in a park while I had a free half hour, and finish reading Dora Dueck's 2012 short story collection What You Get at Home. Of course, the weather was not so warm that I didn't have to periodically warm …

Get Out Of Town: 11 Literary Getaways

Last summer we brought you The 13 Worst Holidays in Canadian Literature, and let me tell you, they were pretty traumatic—children drowned, parents were eaten by bears, another kid threw up in a box of comic books. This year, however, we're going for a more feel-good vibe, or at least aiming for none of our literary journeys to be compared with Lord of the Flies—which we totally failed at by the way, see Kim Fu's novel below for a case in point.

Where to? An artists' colony in Emma Lake, Saskatchewan.

About the book: Art critic Clement Greenberg, champion of abstract expressionism, is more interested in silencing his rival Harold Rosenberg than with the threat of nuclear destruction.

Greenberg is driving from New York to the Emma Lake artist colony in Saskatchewan, where he intends to silence Rosenberg once and for all. With him is infamous Marxist Louis Althusser, who escaped prosecution for strangling his wife in France on an insanity plea. Althusser is heading to a Saskatchewan hospital for LSD therapy.

Pursuing them is Jean Claude Piche, a veteran of the conflicts in Indochina and Algeria, contracted to execute Althusser for the unpunished murder.