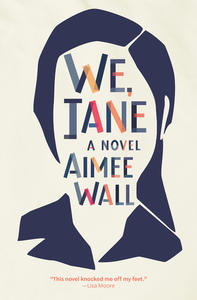 We, Jane is the debut novel from Aimee Wall, a writer and translator from Newfoundland who now lives in Montreal. In the novel she tells the story of a young woman who, inspired by "the Jane Collective" that helped women find abortion access in 1960s' Chicago, returns to rural Newfoundland with the intention of being part of a similar movement.

Aimee Wall spoke to us about abortion activism, the narrative challenges of writing abortion, how being a translator influences her writing, and more!

ENTER TO WIN A COPY OF WE, JANE ON OUR GIVEAWAYS PAGE!

49th Shelf: A part of We, Jane that fascinated me, and which I could relate to so personally, was Marthe’s yearning to be part of a larger story, in particular in regard to her own abortion and the story of abortion in general. “She went looking for a fleet,” you write. Can you talk more about that impulse?

Aimee Wall: Something I was struck by when I was first reading about the Jane collective in Chicago was that some of the women in the group joined after having an abortion through the service. A lot of them weren’t coming from any kind of activist background, they were ordinary women who were kind of radicalized by this experience, and empowered in a new way, and it’s like they wanted to turn that feeli … 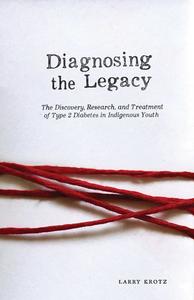 Diagnosing the Legacy, by Larry Krotz, is not just about the prevalence of type 2 diabetes in Indigenous youth but also about colonialism, history, the future of healthcare, and how personal narratives are part of a bigger picture. In this list, Krotz recommends further reading on these topics.

Diagnosing the Legacy is also currently up for giveaway in our Members' Lounge—enter for a chance to win.

Diagnosing the Legacy began as a medical history documenting the work of pediatric endocrinologists in Manitoba responding over a period of 30 years to a mystifying new condition in Indigenous children originally from remote northern First Nations.

However, by the time research and writing was finished, the book had turned into something much more. It turned out to be impossible to tell the historic or medical story without encountering and taking into account explosive side issues, including how the diabetes crisis necessitated (and continues to necessitate) exploration of new ways to deliver health care; the importance of providing documentation of family and community struggles; and an exploration of how poverty and colonialism affect health.

By Kerry Clare
tagged: martina scholtens, your heart is the size of your fist, healthcare, doctors, memoirs, nonfiction, refugees 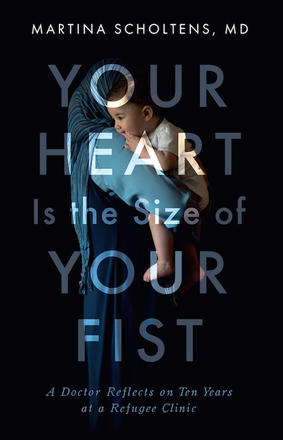 Our editorial theme for January has been about coziness and notions of home, and Martina Scholtens memoir, Your Heart Is the Size of Your Fist, provides a unique twist on this idea. Scholtens' book is about her experiences as a doctor in a Vancouver refugee clinic, treating patients who are distinctly not at home, both literally but also in terms of their connections to the culture around them. And in her role as these patients' doctor, Scholtens, too, is often unsettled, navigating gaps in language and culture, her professional knowledge pitted against so much that she doesn't know and can only guess at.

In this excerpt pulled from the first part of the book, Sholtens writes about the importance of knowing what you don't know, and how a bit of humility and curiosity can go a long way in fostering connection.

As I drove the kids to school on my way to the clinic, winding along Dollarton Highway with the morning sun glinting off Burrard Inlet, my nine-year-old daughter told me about a mathematics contest she had written earlier in the week.

“I left one question blank,” Saskia began. It was a confession: a perfect score was off the table. She didn’t add up test scores; she worked back from 100. “But I did that because of how the scoring system worked. Y …