The Chat with Kimiko Tobimatsu 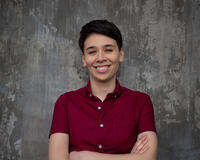 Author Kimiko Tobimatsu and illustrator Keet Geniza have teamed up to create Kimiko Does Cancer, a timely graphic memoir exploring the unexpected cancer journey of a young, queer, mixed-race woman. This week, Kimiko joins us on The Chat to talk more about the book.

The Toronto Star has high praise for Kimiko Does Cancer: “The best graphic novel autobiographies provide insight into the lives of remarkable people and Kimiko Tobimatsu’s story, complemented by the highly skilled art of Keet Geniza, is a particularly special privilege for us.”

Kimiko Tobimatsu is an employment and human rights lawyer by day. Kimiko Does Cancer, based on her own experience, is her first book.

Keet Geniza is a Filipinx-Canadian illustrator and comic artist. Born and raised in Manila, she moved to Toronto in 2006 and has since immersed herself in zines and comics as a way to document her struggles as a queer immigrant woman of colour. Kimiko Does Cancer is her first book. 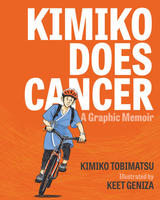 Trevor Corkum: Kimiko Does Cancer explores the aftermath of your diagnosis with breast cancer at a …

Teva Harrison’s powerful graphic memoir, In-Between Days, traces the painful and personal journey of her diagnosis with metastatic breast cancer at the age of 37. Through comic illustration and short personal essays, Teva documents what it’s like to live with the disease, inviting us to share quiet moments of joy, helplessness, sadness, and love. At times heartbreaking, always revealing, and often fiercely uplifting, In-Between Days is a book that reminds us what a precious gift it is to be alive and awake in the world.

Writing in the Globe and Mail, Peter Kavanagh references Harrison’s preface to the book: “When I was first diagnosed, I didn’t want to talk to anybody. I have since learned that it is the unspoken that is most frightening. Shining a light on my experience takes some of the power away from the bogeyman that is my cancer. I am taking my power back.” For Kavanagh, “it is that assertion of control, that insistence of taking charge, that provides this memoir with its power.”

Teva Harrison is a writer and graphic artist. In- …

We are honoured that our first Canadian Bookshelf guest post is by none other than Sarah Leavitt, author of the much-celebrated graphic memoir Tangles: A Story About Alzheimer’s, My Mother and Me (Freehand Books). Sarah is an avid reader of graphic novels as well as a breakout star in the genre, and here she reviews three penned by fellow Canadians.

This winter I unintentionally took up the Salon challenge mentioned in the post below: to read outside my comfort zone.

I’d realized how unfamiliar I was with the cartoonists of my own country; all my idols were foreigners: Lynda Barry, Jules Fieffer, Art Spiegelman, Kim Deitch, Marjane Satrapi, David B, Joann Sfar. Recently I’ve been particularly obsessed with Lynda Barry and Aline Kominsky Crumb, along with Mary Fleener and other women from the Twisted Sister collections. These cartoonists’ books are well within my comics comfort zone: stories about weird outsiders, mostly women, told with panels full of scratchy lines and dark drawings, rants and yells and sound effects.

Discovering my Canadian favourites was like leaving a dark, smoky, overheated party and stepping outside into a silent snow-covered night.