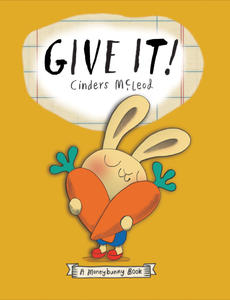 In Give it!, Chummy’s grandma gives him some birthday carrots. He wants to spend them on a superhero cape to save the world. Grandma tells him there’s another way to help the world… planting flowers for the bees. He comes up with three different plans for his carrots and ends up doing more for the world than for hims …