Most Anticipated: Our 2021 Fall Fiction Preview 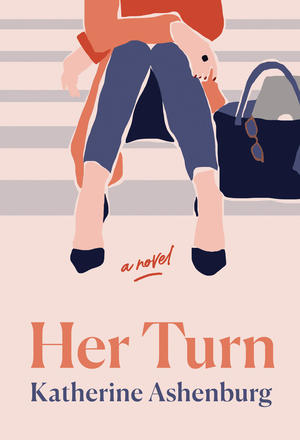 With new books by Miriam Toews, Dawn Dumont, Douglas Coupland, Marie-Renee Lavoie, Omar El Akkad, Zoe Whittall, Trudy Morgan-Cole, and other literary faves, the season is shaping up beautifully—and there are so many exciting debuts!

There are the books you're going to be loving in the second half of 2021.

Following on the heels of Pastoral, Fifteen Dogs, The Hidden Keys, and Days by Moonlight, Ring (September) completes André Alexis’s quincunx, a group of five genre-bending, and philosophically sophisticated novels. For fans of Nora Ephron and Jennifer Weiner, Her Turn (July) is Katherine Ashenburg’s witty, contemporary new novel about a forty-something newspaper columnist navigating her bold next chapter, set in Washington against the 2015 US presidential primary. A hilarious and profound debut, Everyone in This Room Will One Day Be Dead (July) by Emily Austin, follows a morbidly anxious young woman who stumbles into a job as a receptionist at a Catholic church and becomes obsessed with her predecessor’s mysterious death.

Most Anticipated: Our 2020 Fall Fiction Preview

New books by old favourites, sparkling debuts, and more than a few timely books about pandemics are among the titles that are going to be some of your favourite reads of 2020.

Caroline Adderson’s A Russian Sister (August) gives a glimpse behind the curtain to reavel the fascinating real-life people who inspired Chekhov’s The Seagull and the tragedy that followed its premiere. Award-winner Edem Awumey's Mina Among the Shadows (October), translated by Phyllis Aronoff and Howard Scott, is a hymn to immutable desire, the power of beauty, and the courage of women. The Night Piece (October) is a career-spanning collection of stories from Andre Alexis, award-winning author of Fifteen Dogs. Every Step She Takes is a gripping new thriller by bestselling author K.L. Armstrong. And Ashley Audrain’s much anticipated debut is The Push (January), a tense, page-turning psychological drama about the making and breaking of a family, told through the eyes of a woman whose experience of motherhood is nothing at all what she hoped for—and everything she feared.

The fiction selection for the first half of 2020 is shaping up beautifully! Here's what we're excited about.

Part literary Western and part historical mystery, Ridgerunner (May) is the follow-up to Gil Adamson’s award-winning and critically acclaimed novel The Outlander. Jean Marc Ah-Sen’s second book, after Grand Menteur, is the story collection In the Beggarly Style of Imitation (April). Keepers of the Faith (April), by Shaukat Ajmeri, is a Romeo and Juliet story with a twist, set in modern India, in a Shia Muslim community that lives under the thumb of a clergy dictating every facet of their lives. Marianne Apostolides’ latest novel is I Can’t Get You Out of My Mind (April), a book that asks what it means to be human—to be physical creatures endowed with a conscious mind, aware of our finitude—and to love. And in Alone in the Wild (February), Kelley Armstrong’s latest thriller, the hidden town of Rockton is about to face a challenge none of them saw coming: a baby.

Most Anticipated: Our Fall 2017 Fiction Preview 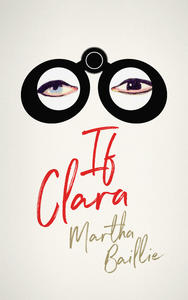 The one sure thing about summer is that it's going to go by way too fast, so be sure to soak up every second of its goodness. Luckily, just around the corner lies the very best thing about post-summer since autumn leaves, which is FALL BOOKS. These are the fiction titles we're most looking forward to.

The latest by Angie Abdou is In Case I Go (October), in which young Eli invokes the spirit, and the mistakes, of his great-great-grandfather. With In The Third Person (October), a series of uncanny and humorous short stories by Emily Anglin, what we do for a living is put under the microscope and characters learn they're more than just the jobs that define them. Philippe Arseneault’s award-winning Zora, A Cruel Tale (August), a gothic tale of the macabre and the bizarre, is translated into English by David Homel. The second book in Wayne Arthurson’s new mystery series is Dishonour in Camp 133 (September), continuing the story of German POWs at a camp in Alberta during WW2. And Giller-nominee Martha Baillie follows up the acclaimed The Search for Heinrich Schlegel with If Clara (August), a novel of broken bones, Syrian folktales, a bedridden writer, and plummets of all varieties.

Most Anticipated: Our Spring 2016 Fiction Preview 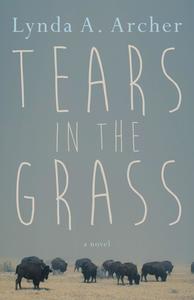 "Really?" some sad cynic somewhere might be saying as he contemplates just how many books appear on our Most Anticipated lists. "How can anybody possibly be that excited about so many books?" To which we'd reply, "But have you met the people behind 49th Shelf? Have you met our community members, the most avid supporters of Canadian literature?" If you have, you'll know that CanLit enthusiasm, as ever, abounds, and we're so pleased to be part of the movement. So here are some  of the best books you're going to be reading this spring.

In Cathy Ace's latest Cait Morgan book, The Corpse With the Garnet Face (April), the foodie sleuth accompanies her husband to Amsterdam to solve a mystery in his family tree. Tears in the Grass (March), by Lynda A. Archer, is set in Saskatchewan and it confronts a history of trauma, racism, love, and cultural survival. There's lots of buzz already for Thirteen Ways of Looking at a Fat Girl (February), by Mona Awad, which is a novel that hilariously skewers our body-obsessed culture. The latest by Todd Babiak is Son of France (March), the sequel to Come Barbarians. The Pharos Gate: Griffin and Sabine’s Missing Correspondence (March), by Nick Bantock, is the final volume in a love story that’s been celebrated by readers for 25 …

Most Anticipated: Our Fall 2015 Fiction Preview 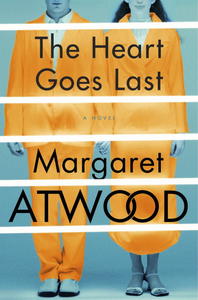 Fall books are the only truly good thing about summer's end. This year, we can look forward to a fine selection of new fiction by award winners, anticipated titles by CanLit favourites, and some truly promising debuts. So it's time to make lists! Some of these titles are going to be the best books you read all year.

Cathy Ace's sleuth Cait Morgan is back in The Corpse With the Diamond Hand (October), in which a Hawaiian honeymoon cruise turns murderous (of course!). Grand Menteur (October), by Jean Marc Ah-Sen, explores the secret world of Mauritian street-gangs in a style that will appeal to readers of diasporic fiction, adventure, and travelogue writing, and "lock, stock and barrel" British crime fiction. The Book of Sands (September), by Karim Alrawi, is the inaugural winner of the Harpercollins/UBC Prize for Best New Fiction and a love story set against the upheaval of the Arab spring. And Margaret Atwood's first stand-alone novel in years is The Heart Goes Last (September); it imagines a future world (but one not so far away) in which citizens take turns as prisoners and jailers.

Most Anticipated: Our 2014 Fall Fiction Preview

We're having a hard time living in the moment right now, what with the Fall Fiction line-up as amazing as it is. There are books by big-names, exciting debuts, and so many books that are going to surprise, challenge and delight us. So many books to look forward to, and to help you figure out which ones should top your must-read list, we've rounded up the ones that sound fantastic. There is something here for every reader. And don't miss our non-fiction, poetry and kids' book previews, coming out over the course of this month.

Angie Abdou's avid fans are excited about her third novel, Between (September), about foreign nannies and the complexity of modern family life. The Corpse With the Platinum Hair (October) is Cathy Ace's latest Cait Morgan mystery, in which the foodie criminologist encounters murder in Las Vegas. Ellen in Pieces (August) announces the return of Caroline Adderson, following her 2010 acclaimed novel, The Sky is Falling. Stone Mattress is Margaret Atwood's first collection of short stories since 2006. And Sophrosyne (September) is the latest from Marianne Apostolides, a complicated mother/son story about desire and restraint in a digital age.