Jennifer Quist on the Family Saga 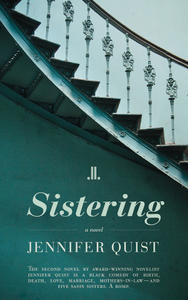 Complaining about being sorted into categories by booksellers, libraries, and anyone else has become the trite stuff of clunky interviews where authors desperately explain how their books are so much more than their labels. Categories are hated but necessary. Little orients an idly-browsing reader to a new literary find like a good label. That’s a good label—all categories are not equally meaningful. Some may be too vast and diverse to be useful. For instance, what, exactly, is a "family s …