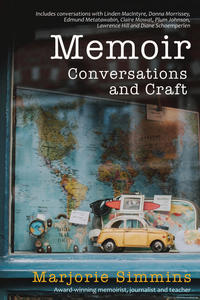 In my book on memoir, Memoir: Conversations and Craft, I had the great good fortune of interviewing seven distinguished Canadian writers who have written memoirs. They were my “dream team” of authors, chosen because I admire their writing and referred to them often when I taught memoir workshops. With luck, I thought half of the group would say yes to my request of an interview to be included in my book. To my delight, all seven said yes.

I heartily recommend their memoirs.

BONUS: Enter to win a copy of Memoir: Conversations and Craft at our giveaways page!

Causeway: A Passage From Innocence, by Linden MacIntyre

Can a writer be both punchy and elegant? Yes, they can. I have always enjoyed Linden MacIntyre’s writing style. I read Causeway: A Passage From Innocence, MacIntyre’s "hauntingly bittersweet memoir of home, fathers and sons, and the bridge between dreams and demons,” when I had been living in Cape Breton for about ten years. I couldn’t put the book down. It appealed to me as a "Caper-in-training" (how I ref … 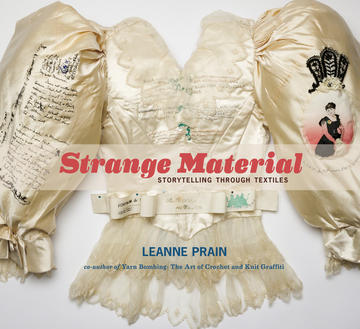 November is Art Books Month at 49th Shelf, for which there's no one better to turn to than Leanne Prain, the Queen of Canadian Cool DIY. Her latest book is Strange Material: Storytelling Through Textiles,and we're pleased to feature an excerpt from her chapter, "Technology and New Methods of Storytelling," which explores the ways that textile artists are using digital and social media to further their craft.

"I really enjoy the way that the Internet has enabled an interest in knitting to spread much further. I love the way that so many knitters embrace technology." —artist Freddie Robins

The digital world has brought about a variety of ways to communicate, including blogging, tweeting, and texting. Textile artists are exploring new technologies, weaving stories into QR codes that can only be read by a smartphone, re-creating Internet memes in their stitchwork, or journaling on fabric about online matchmaking. The urge to share our experiences through the handmade arts is not a notion lost in historical reference but a vibrant part of the community. Why shouldn’t our textile work reflect how we communicate today?

Crafters have long embraced the opportunity to share stories about themselves and meet each other online. The popular website Knithacker asks k …

Throughout this month, we've been thinking about chilling, about cold beverages, summer breezes, and all the best ways to relax. And one of these best ways to relax is, oddly, by keeping our hands busy, by making stuff, pursuing hobbies and craft. Such pastimes no longer come with a stodgy air. Partly thanks to books like these, DIY culture has never been so cool. 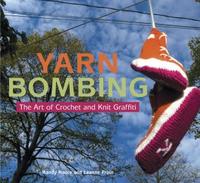 Yarn Bombing: The Art of Crochet and Knit Graffiti by Leanne Prain and Mandy Moore

Vancouver's Leanne Prain really is the Canadian Queen of Cool DIY. She made waves with her first book, Yarn Bombing, which she created with Mandy Moore. The book came around at just the right time, when yarn bombing was just beginning to be acknowledged as part of an international activist movement. Yarn Bombing received wide attention, notably in the New York Times with a feature that summed the book up just right: "It is part coffee-table book, with color photographs of creative bombs, and part tutorial, with tips like wearing "ninja" black to avoid capture. The book borrows from the vernacular of street graffiti and half-jokingly positions yarn bombing as an illicit alternative for knitters bored making yet another Christmas sweater. It asks readers to get off their rocking chairs and 'take back the knit.'"