The State of the Canadian Short Story in 2015

In 2011, a group of Canadian writers declared the Year of the Short Story (YOSS), “to bring short fiction the larger audience it deserves.” In the years since, in notable short story developments, Alice Munro has been awarded the Nobel Prize and Lynn Coady won the Scotiabank-Giller Prize for her book, Hellgoing. So we decided that now would be a very good time to take stock, to check in with some fine writers across the country to find out where Canadian stories are at. 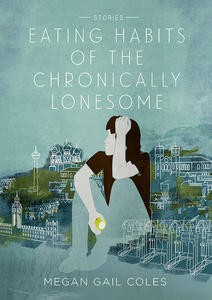 Megan Coles: If the novel is CanLit King, then the short story is our second son; the sexy, irreverent Prince who is liable to get naked and fly fighter jets. Originality is always in need of defending as its merits aren’t readily understood and people are instinctively adverse to risk. The form is inherently daring and untamable. That’s what makes it so exciting and integral to innovative Canadian Literature. The short story is limitless: tight and expansive in the same breath, generous and ruthless in the same beat. The short story is its own champion. It can’t care in a pragmatic sense. Anxiety would inhibit which is totally counterintuitive to the form. Instead, the short story take …