With all due respect and apologies to the rest of the country (I’m looking at you especially, St. John’s), I’d like us to take a moment to consider winter.

This is a topic with which, until recently, I have been largely unfamiliar. Now, though, having survived two days in which there were several centimetres of snow on the ground in Victoria, I feel uniquely qualified to discuss the frigid season. (Honestly, I’ve never felt more Canadian.)

And I just have to say: I don’t like it.

No sir. Not one bit.

It probably goes without saying that, for me, adding “winter” in front of the word “sports” doesn’t do anything to make them more enticing. And have you noticed that all of these “fun” pastimes are actually accidents waiting to happen? “Hey kids, let’s strap a board or two onto our feet and go down a frozen hill really fast!” “You know what sounds like fun? Tying blades to our feet and trying to stay upright on a sheet of ice!”

And then there’s the matter of trying to figure out where you packed your scarf and gloves twenty-three years ago, after the end of the Blizzard of '96. How can I possibly be expected to keep track of things like that?

No, with my harrowing exposure to winter, I have come to a simple conclusion: the groundhogs have it right.

Think about it: they stay in their dens during the coldest months of the year, they poke their heads out when they think the worst has passed, and if it hasn’t, they sequester themselves for an …

49th Shelf is all about making it easy to find your next great Canadian read, and over the past year, we've introduced several series with that goal in mind. One of these is Shelf Talkers, which has author and former bookseller Robert J. Wiersema asking independent booksellers from across Canada what books in particular they're thrusting into the hands of customers. Today's post is a one-stop access point for all our Shelf Talkers so far.

It’s not just that booksellers sell books (well, hopefully...), it’s that they read. They read not only with a voraciousness and attention unrivalled in the trade, but with a passion and a hope that remains, for the best of them, undiminished, despite years, sometimes decades, of season after season of new books, and new favourites.

The best of those books are the ones they share with their fellow readers in-store, and here, on Shelf Talkers. Here are some bookseller favourites for June.

The Pick: Infidelity, by Stacey May Fowles

"Infidelity is emblematic of a new and entirely welcome breed of Canadian fiction. It's a deceptively simple story of an affair between a working-class woman and a tweedy professor in present-day Toronto. Ronnie and Charlie are very different people, but both are in rather prosaic relationships. A meeting at a faculty party results in a goodly number of trysts and the pressure of balancing their secrets with the increasing weight of both of their daily …

When you’re considering adjectives to describe Canada’s independent booksellers, “eclectic” has to be near the top of the list. And this month’s installment of Shelf Talkers reflects that, with cookbooks, kids books, fiction and fantasy and more from booksellers from across the country. 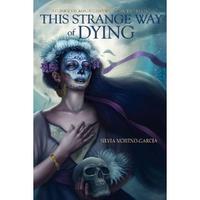 The Pick: This Strange Way of Dying, by Silvia Moreno-Garcia

"There is plenty to enjoy in This Strange Way of Dying, not just for the gourmet of death, but for anyone who loves a good story, even for those ready to dismiss horror fiction as 'butcher’s work.' If you hunger as Moreno-Garcia’s 'Death Collector' does 'for the delicious, the delicate, the more refined crimes rather than clumsy trails of corpses,' then you will devour them in each wonderful story."

Canadian Bookstores' Top Tween and Teen (YA) Fiction in 2013

In their busiest season of the year, the staff at Ella Minnow (Toronto), Kaleidoscope Books (Ottawa), Woozles (Halifax), and Babar Books (Montreal) and McNally Robinson (Winnipeg and Saskatoon) nonetheless pulled together a selection of excellent Canadian tween and teen fiction – complete with the reasons they love them and in addition to the list of books for littler kids we featured earlier this week. It's with much appreciation that we present this fantastic list ... please check out all the books here.

Middle Grade: This can be such a tricky age to buy for, as reading level and also maturity can be so variable among tweens. Here are some books that just might be the right fit for the tween in your life:

Dear George Clooney, Please Marry My Mom by Susin Nielsen (McNally Robinson): "The title makes you pick this book up but the story makes it all worthwhile as Violet tries to help her mom cope after a devastating divorce."

Mr. and Mrs. Bunny – Detectives Extraordinaire by Polly Horvath (McNally Robinson): "A hilarious over-the-top mystery from the author of Everything On a Waffle, translated from Rabbit."

That Boy Red by Rachna Gilmore (Ella Minnow): "This depression era novel set in PEI features a handy, clever, but not bookish Red. It is a smartly told a …