Thank you to Asteroid Publishing for submitting this interview with Malcolm Mills, author of the young adult novel Beyond the Shickshock Mountains: A Canadian Talon Saga. 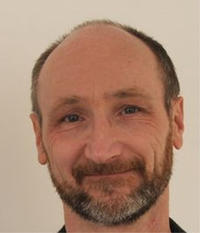 Asteroid Publishing: Told in three parts, your historical novel occurs in the late 18th century, during the Seven Years War between France and Britain and focuses mainly on the lands that would become Canada. Why do you think this period will be of interest to young adults?

Malcolm Mills: War years produce change and young adults have traditionally been interested in change. Conflict and the resolution of conflict pique natural curiosity. Young and old are also interested in their great, great grandfather having been a hero or a mountain man. Curiosity is inherent especially about family. Just ask Ancestor.com.

The politics of Canada is unique and multilingual. The melding of four major social structures—for let’s not forget the aboriginal population and the American Loyalists—gave birth to what our youth are today, a harmonious blend of democratic buds blossoming from the roots of a well grounded, multi-grafted rootstock. Young Canadians who have had little to date to inspire them into examining their vivid and vibrant past may be inspired to do so now and where better to begin then the era …