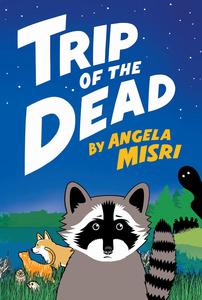 Angela Misri does it all, with her Portia Adams series about Sherlock Holmes' granddaughter and a fantastic middle grade series about cats and a raccoon surviving the zombie apocalypse (why not!). The latest book in the latter is Trip of the Dead, and it's out now.

Here, she shares some compelling companion reads that you can share with your favourite young avid reader.

**Enter here for a chance to win Trip of the Dead and three other middle grade novels as part of the DCB Middle Grade Bundle!**

Surviving the City, by Tasha Spillett, illustrated by Natasha Donovan

I’m a nerd in every aspect of my life, including my bookshelf, so this graphic novel had me at the cover. This is a story of two friends and their abiding love for each other throughout their lives. It will resonate with anyone who has lost someone who gave them their sense of belonging.

I challenge you to decide which captures you more—Spillet’s finely chosen words or Donovan’s perfect visualizations of a city that doesn’t feel like home. 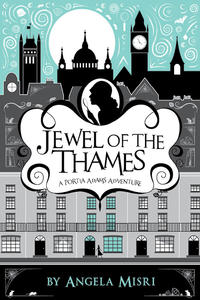 Angela Misri is author of Jewel of the Thames, the first book in the Portia Adams Adventure Series, which takes place in 1930s' London and borrows a famous literary address (Sherlock Holmes') for its setting and genealogical lineage (Watson's) for its protagonist. In this 49th Shelf exclusive, she tells us what it's like to pay homage to Sherlock Holmes and his world, and shares some additional reading recommendations which pay similar homage to Arthur Conan Doyle's creation, whether explicitly or otherwise.

hom·age (noun): something done or given in acknowledgment or consideration of the worth of another.

I know the exact moment when my detective, Portia Adams, appeared in my mind’s eye. I was reading Stephen King’s short story anthology Nightmares and Dreamscapes, and turned the page to “The Doctor’s Case.” In the story, we return once again to the well-known partnership of Sherlock Holmes and Doctor Watson as they arrive on the scene of a locked-door murder. As the title implies, it is Doctor Watson who manages to solve the case this time, to the astonishment of Inspector Lestrade, the Great Detective, and (poor fellow) Watson himself. Not only was this a clever twist on the relationship of my favourite detective duos, set in one of the most c …