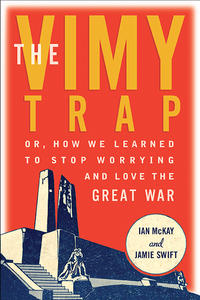 In The Vimy Trap: Or, How We Learned to Stop Worrying and Love the Great War, Ian McKay and Jamie Swift interrogate the mythology surrounding the 1917 Battle of Vimy Ridge, and how that myth has been manipulated to inform our understanding of Canada and its nationhood. In this excerpt, the authors offer competing and conflicting ways in which war is commemorated in Canada and around the world.

Vimy is a trap because, as it has come to be mythologized by militarists, historians, and nationalists, it tempts us to think that chivalric war somehow survived the coming of the epoch of mechanized warfare. There is a childishness to Vimyism. In its essence, it wants us to return to a day of glorious warfare—as signalled by the Citizenship Guide’s visual homage to the charges of the mounted cavalry, which were, in one soldier’s words, “exceedingly gallant, but futile” in an age of heavy artillery.[i] So many official and popular representations of war today avoid something that the returned soldiers of the Great War kept insisting upon: that under conditions of modernity, war had changed—changed quite completely.

Yet Vimyism persists. In November 2015, days after terrorists murdered civilians in Paris (while others had just, with far less attention paid, mur … 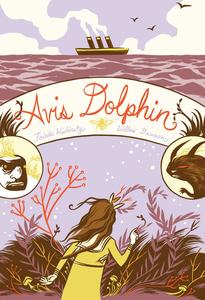 It is because truth is stranger than fiction that it turns out Avis Dolphin was the name of an actual person before she was the subject of Frieda Wishinksy's latest book. Avis Dolphin is her story, about a young girl's journey from Canada to England on the ill-fated Lusitania during WW1. Avis is lonely and afraid until she meets a kindly professor whose stories of a magical island help her face an uncertain future. And when the Lusitania is attacked, Avis must draw on all her newfound strength to cope with the confusion, terror, and despair.

How can she survive the sudden devastation of the ship? Will the people she cares about, especially the professor, live through the horror and danger? Wishinsky's story is complemented by the art of Willow Dawson, graphic novel illustrations depicting the stories the Professor tells to Avis.

In this guest post, Frieda Wishinsky explains how she learned about making stories from history come to life.

I "found" Avis Dolphin while researching shipwrecks for a non-fiction book. As soon as I read about this 12-year-old who survived the torpedoing of the ocean liner Lusitania on May 7, 1915, I was intrigued. Her story was even more engaging than her name but I had many questions that the facts and official accounts didn’t an …