Lucie Wilk on Love, Art and Science: the Perfect Triad? 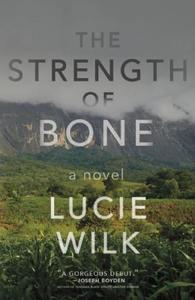 Lucie Wilk's first novel is The Strength of Bone. She writes: "Once you start looking, there are quite a few of us out there, doctors who seek the quiet contemplations of creative writing—Vincent Lam, Liam Duncan, Daniel Kalla, Siddhartha Mukherjee, and Abraham Verghese come to mind. It sounds like too extreme a dichotomy, or at the very least, that there simply would not be enough time in the day, especially when you throw motherhood into the mix. But if I take a moment to think about it, I become aware that these three facets of my life have informed and improved one another, and despite the fatigue and the coffee habit, I wouldn’t have had it any other way."

Medical care has become very regimented over the last couple of decades. The relatively recent practice of evidence-based medicine has forced a system of guidelines and protocols. There is less and less room for creativity in the provision of health care.

It might be the writer in me, but I feel a void in this system. An individual patient is just that—an individual. Each patient comes with a unique story. But it is my job to smooth over the uniqueness of patients and find the similarities in their stories, to determine how they match each other in symptoms or signs. It is pattern recognition. T …

"Eat Your Heart Out": Katie Boland on Being a Writer and an Actress 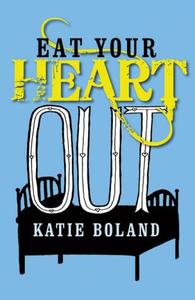 I am, or at least, I view myself as being a private person. My friends wouldn’t agree with this, but almost every interaction I have is veiled in elsewhere.  ‘My father looks sad when he’s happy, how can I act that?’ or, ‘How would I describe this feeling between my friend and I, sitting in the car, on this Sunday when we can’t talk?’

In conversation, I have mastered the difficult art of learning a lot about you while revealing very little about me. I like to get under the skin and understand why people do what they do. But I have a hard time understanding why I do what I do. On some level, I write and act to answer these questions about myself, and therein lies a danger for a very consuming romance. Acting and writing (fiction) allows me to be honest in a way I will never be in reality.

Let’s backtrack. For me, there is a thin line between clever and stupid and there is never any trap so deadly as the trap I set for myself. I started writing when I turned twenty. It was a slow period in my acting career, that time between teens and twenties, when characters fit into less definite boxes. I had been busy working as an actress since I was eight when suddenly, I was stuck in the no-man’s land of lean years. Who was I when I wasn’t on a set?

This Is Fiction: Corinna Chong on Writing as Thievery 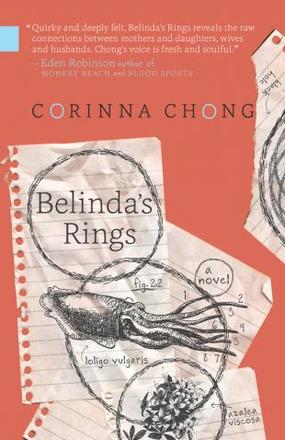 My first novel, Belinda’s Rings, hits bookstore shelves this month, and while I’m still in a state of ecstatic disbelief that people—even strangers—will actually read and maybe even enjoy my novel, a small part of me is wound in a tight spool of worry. With readers come questions, including, in all likelihood, the most frequently asked question of all: Where do you get your ideas?

I dread this question—not because I don’t value it, but because I’ve never been able to think of an eloquent or even accurate way to answer it. So I’ve decided instead to steal one from John Vigna, whose answer to this question remains the best I’ve ever heard. (Sorry, Mr. Vigna, but it’s the price you must pay for being so admirably well-spoken.) Mr. Vigna described how ideas don’t exactly strike him like bolts of lightning the way many of us have been led to believe they do through the glamorized stories of artists and creators that we see in literature and film. Instead, ideas are more like features of the landscape—they are everywhere, and all of us can access them.

Yes, I thought when I heard those words. They told me something I didn’t know I believed until that moment. Ideas are everywhere, all the time. The decision to eat toast with marmalade for breakfa … 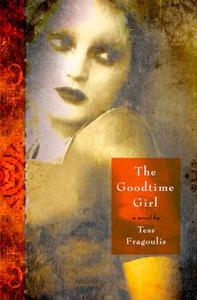 Most of the major projects I have undertaken in my writing life have been preceded, if not encouraged, by a sort of blissful ignorance. When I wrote my first book, Stories to Hide from Your Mother, for instance, I had no idea how difficult it would be to create and perfect 14 self-contained worlds, let alone how difficult it would be to sell a collection of stories to a publisher. With Ariadne's Dream, my second book, I was happily unaware of the gargantuan task of keeping all of a novel's details, characters and subplots straight, let alone the sheer laboriousness of reviewing 400 pages at every stage of the publishing process.

Having written and survived one novel, I felt primed to take on another one. What doesn't kill you makes you stronger, and all that twaddle... But instead of sticking even a little bit closely to what I had just taught myself to do, I chose to burden myself with an extra layer of difficulty without truly understanding what was I was doing. No, I didn't write an entire novel without using the letter "e"—I mean, isn't it challenging enough to tell a great story in beautiful language without excluding five of the last ten words, Monsieur Perec?

Due to that pesky thing called inspiration, which we all know is only 1/10 of the work involved in …

Beyond Borders: Linda Holeman on Travel and Writing 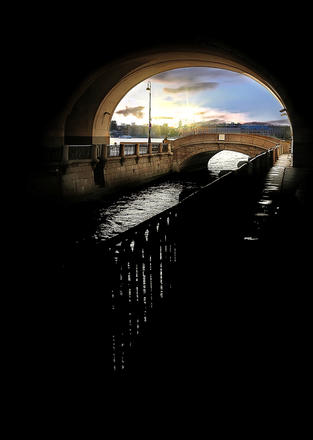 I grew up in Winnipeg, in a Russian-Irish family deeply rooted in the Manitoba prairies. But for me it was a struggle to stay put; I was never content. It seemed I was born with an ache to know what lay beyond the borders of my life in both the physical and emotional sense. The opening line of Josephine Hart’s novel, Damage, speaks loudly to me: “There is an internal landscape, a geography of the soul; we search for its outlines all our lives.”

As a young adult, when I first left Winnipeg to explore the world my father looked at me with a puzzled expression. “Why do you want to leave home when you have everything you need right here? What are you looking for?” And my answer, the only one I could come up with was: “I don’t know—and that’s why I have to go.” All that wide, open space and the big sky of my home proved claustrophobic for me. I always wanted out, away from the safety of what was a sure thing. And, as often as I could, I plunged myself, many times on my own, into the busy loneliness of foreign cities and incomprehensible languages and unidentifiable food.

It is this search which defines me as a person, and as an author defines what I write. I fully embrace that my need to understand the world – and my own internal landscape—has le …

I was standing in M’s kitchen, surrounded by cardboard boxes and mouse shit and memories. M, my friend of many years, was leaning against the counter, pensive. He was telling me about a woman he’d dated five years earlier, about what had gone wrong. He’d found a letter from her that morning as he’d been packing up his stuff.

It was a late afternoon in late August. M was three days from hopping on a plane and moving to Newfoundland.

He pointed to some pages sitting on a corrugated moving box. “You can read it if you want.”

I am a writer: of course I wanted to read it. I picked up and pored over this intimate document that I had no business touching, much less reading. It was two typewritten pages; dated but not signed. The paper was yellowed, stained from one thing or another. Mistreated. Forgotten about.

The girlfriend—we’ll call her X—had noticed lately that M had seemed distant. Was this real, she wondered, or her imagination? She couldn’t say. But she blamed herself. She hadn’t been declarative enough—that was the problem—and she’d meant this letter to correct all of that. She wanted him to know, before it was too late, that the night they went to Walmart was the greatest in her memory. She wanted him to know that she was jealous of h …