The Interruption With Kristi Charish

By Sean Cranbury
tagged: Kristi Charish, Owl and the Japanese Circus, The Interruption

Today I speak with author Kristi Charish about leaving a career in science for a life in writing and how she finds inspiration in RPG-style video games.

Kristi is an author, a scientist, and an RPG enthusiast who possesses a PhD in Zoology from the University of British Columbia. She is also the author of a new book called Owl and the Japanese Circus, out this year from Simon and Schuster Canada. It’s an urban fantasy about an ex-archaeology grad student turned international antiquities thief. Available in paperback wherever fine books are sold.

You can find out more about Kristi and her work online at www.kristicharish.com/.

The Interruption always features two podcast selections for your listening enjoyment: the first podcast features my conversation with Kristi. The second podcast features a reading from the early part of Owl a … 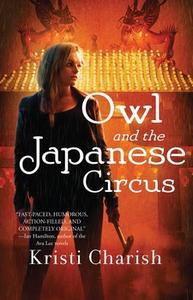 Kristi Charish's debut novel is Owl and the Japanese Circus, about the kick-ass world of Owl, a modern-day "Indiana Jane" who reluctantly navigates the hidden supernatural world. The book draws on Charish's own background in science and archeology, and joins a fine tradition of Canadian Sci-Fi/Fantasy writing. In this recommended reading list, Charish tells us more about that tradition, and how she has been inspired by it.

As I’m an urban fantasy author, I thought it’d be appropriate to come up with a mix of Canadian authors I consider essential reads. I’ll be the first to admit it’s an eclectic list—a couple speculative fiction literary greats alongside adventure and urban fantasy authors, and a few who toe the line somewhere in between. That said, they all do have one thing in common. They’ve heavily influenced the Canadian Sci-Fi/Fantasy landscape and this (very) new author’s own writing. 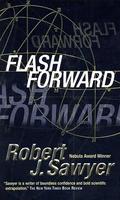 With 21 novels, a Nebula Award, Hugo Award, John W. Campbell Memorial Award, (one of only 7 sci-fi authors in the world to win a …