This week we're pleased to present the picks of writers Becky Blake (Proof I Was Here), Kathy Page (Dear Evelyn), Sally Cooper (With My Back to the World), Missy Marston (Bad Ideas), and Rabindranath Maharaj (Fatboy Fall Down).

Becky Blake recommends Down to This: Squalor and Splendour in a Big-City Shantytown

While researching my novel about squatters and street-involved folks, I read Genet and Orwell’s accounts of living on the street. Then I stumbled on Shaughnessy Bishop-Stall’s Down to This: Squalor and Splendour in a Big-City Shantytown. This nonfiction book is set in Tent City, a squatted community that existed on Toronto’s Lakeshore Boulevard from the late 90s to 2002. I remember the area well, having ridden my bike past it many times, always slowing a little, as though the faces I saw through the fence somehow added weight to my back wheel.

Bishop-Stall lived in Tent City for the last year of its existence and his book chronicles his heartbroken, hard- …

Unpacking "Quirky": A CanLit Round Table 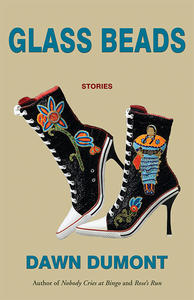 Throughout March we've been celebrating the weird and wonderful side of CanLit, the one-of-a-kinders, the eccentrics and oddballs. And when you start thinking about these ideas, the word "quirky" comes up a lot, a word much enamoured by marketers and critics alike. But what does quirky really mean? What are its politics? Who gets to be quirky? What is quirky's hidden edge?

With the aim of addressing this questions, we enlisted four Canadian writers whose work we love—and whose books have also been called quirky. And together, they go about unpacking the term.

49th Shelf: What does “quirky” mean to you? When critics or readers refer to a book as “quirky,” what are they trying to say?

Dawn Dumont: Quirky means a slender girl with short hair who wears distinctive eyeglasses and owns an umbrella that cost more than most people’s bikes. She also works at Starbucks and writes poetry about leaving said umbrella on trains. Basically Emma Stone.

In the writer world, quirky strikes me as a dismissive term like “cute” or “rabid.”  Still I’d rather read a book that was characterized as “quirky” rather than as a “definitive tome.”

Lenore Rowntree: To me "quirky" means something slightly offbeat, a little whimsical, sort of fun. A friend of mine …

In Quick Hits, we look through our stacks to bring you books that, when they were published, elicited a lot of reaction and praise. Our selections will include books published this year, last year, or any year. They will be from any genre. The best books are timeless, and they deserve to find readers whenever and wherever.

Laughing All the Way to the Mosque, by Zarqa Nawaz

Zarqa Nawaz has always straddled two cultures. She’s just as likely to be agonizing over which sparkly earrings will “pimp out” her hijab as to be flirting with the Walmart meat manager in a futile attempt to secure halal chicken the day before Eid. “Little Mosque on the Prairie” brought Zarqa’s own laugh-out-loud take on her everyday culture clash to viewers around the world. And now, in Laughing All the Way to the Mosque, she tells the sometimes absurd, sometimes challenging, always funny stories of being Zarqa in a western society. From explaining to the plumber why the toilet must be within sitting arm’s reach of the water tap (hint: it involves a watering can and a Muslim obsession with cleanliness “down there”) to urging the electrician to place an eye-height electrical socket for her father-in-law’s epilepsy-inducing …

On Our Radar: Rideout, Petrou, Marston, Heiti, and Hughes

"On Our Radar" is a new monthly 49th Shelf series featuring books in all genres with buzz worth sharing. The buzz hails from around the Internet, and beyond ...

Arguments With the Lake by Tanis Rideout

"The listless, monolithic hulk of Lake Ontario looms large in this stellar collection of interconnected poems by Tanis Rideout. Arguments with the Lake takes as its basis the lives of two teenage swimmers from the 1950s, Marilyn Bell and Shirley Campbell, the former of which was the first person ever to swim across Lake Ontario. By plunging into the aquatic depths of these two characters’ fictionalized emotional lives, Rideout pulls off a poetic rendering of two historical figures that is as consuming as it is invigorating."

Is This Your First War? by Michael Petrou

Winner of the 2013 Ottawa Book Award for English Non-Fiction. From the jury statement:

"Is This Your First War? is a harrowing journey into the heart of darkness of post-9/11 Afghanistan. In this journalistic coming …