In Quick Hits, we look through our stacks to bring you books that, when they were published, elicited a lot of reaction and praise. Our selections will include books published this year, last year, or any year. They will be from any genre. The best books are timeless, and they deserve to find readers whenever and wherever.

Annie Muktuk and Other Stories, by Norma Dunning

I woke up with Moses Henry’s boot holding open my jaw and my right eye was looking into his gun barrel. I heard the slow words, “Take. It. Back.” I know one thing about Moses Henry; he means business when he means business. I took it back and for the last eight months I have not uttered Annie Mukluk’s name.

In strolls Annie Mukluk in all her mukiness glory. Tonight she has gone traditional. Her long black hair is wrapped in intu’dlit braids. Only my mom still does that. She’s got mukluks, real mukluks on and she’s wearing the old-style caribou parka. It must be something her grandma gave her. No one makes that anymore. She’s got the faint black eyeliner showing off those brown eyes and to top off her face she’s put pretend face tattooing on. We all know it’ll wash out tomorrow.

Notes from a Children's Librarian: Books from the North 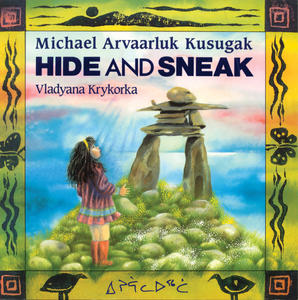 In Hide and Sneak, by Michael Kusuguk, illustrated by Vladyana Krykorka, Allashua isn't very good at hide-and-seek. She's too distracted by the native creatures of her homeland: butterflies, baby birds, and pond-dwellers. But when playing the game, Allashua falls prey to the Ijirak, a ptarmigan-like critter who hides children, and must use her acumen to find her way home. This one is about listening to parents, based on a myth told briefly in the preface. The border illustrations are of symbols of the north. Age 5+. 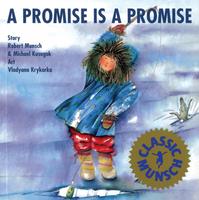 Allashua appears again in A Promise is a Promise, by Robert Munsch and Michael Kusuguk, illustrated by Vladyana Krykorka. Her mom makes her promise not to fish on the sea ice for fear of the Qallupilluit waiting to pull her under. Allashua again disobeys her mother, and the Qallupilluit nabs her, making her promise to bring her brothers and sisters back to the sea with her before she lets her go. "A promise is a promise," her mother says … 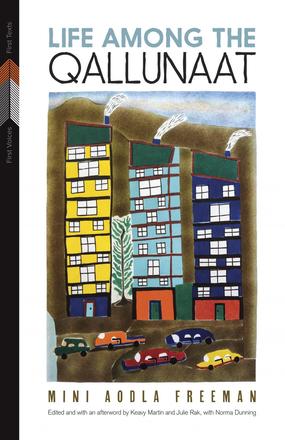 June is National Aboriginal History Month in Canada, and we've got some excellent features coming up to mark it, including a booklist by our resident Children's Librarian, and also an interview with acclaimed Métis short story writer Lisa Bird-Wilson (whose Just Pretending is shortlisted for the 2014 Danuta Gleed Award). But in the meantime, this seems like a great opportunity to bring together the great content we've featured already on books written by or about Canada's First Peoples. 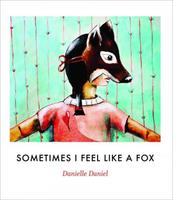 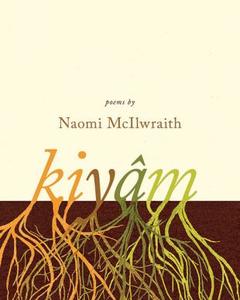 In 2012, we featured a guest post by Naomi McIlwraith, author of the poetry collection, kiyâ …

Joanne Schwartz and Danny Christopher on The Legend of the Fog, their Inuit picture book with Qaunaq Mikkigak. 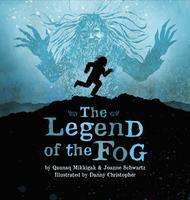 About The Legend of the Fog, from Inhabit Media: In this traditional Inuit story, a simple walk on the tundra becomes a life-or-death journey for a young man. When he comes across a giant who wants to take him home and cook him for dinner, the young man's quick thinking saves him from being devoured by the giant and his family, and in the process, releases the first fog into the world. Written by Cape Dorset elder Qaunaq Mikkigak and Marilyn Baillie Picture Book Award–nominated author Joanne Schwartz, this action-packed picture book brings a centuries-old traditional tale to life.

Writer Joanne Schwartz is a children's librarian at the Toronto Public Library and has a special interest in picture books. She is the author of Our Corner Grocery Store , illustrated by Laura Beingessner, and City Numbers and City Alphabet, with photos by Matt Beam. She lives with her two daughters in Toronto.

Julie Wilson: The Legend of the Fog is one of the most gorgeous, haunting books I've read in a long time. And it isn't the first time you've collaborated with another creator for a book. What draws you to these partnerships?

Joanne Schwartz: In my two previous books, City Alphabet and City Numbers, published by Groundwood Books, I collaborated with writer/photographer Matt Beam. I …