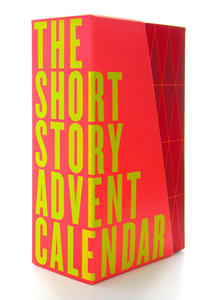 It's not December yet, but we're reminding you now. If you celebrate Christmas—and even if you don't, but you celebrate great stories—then be sure not to miss these great ways that CanLit is getting with the season.

Remember The Short Story Advent Calendar, which rocked CanLit for most of last December? Well, it's baa-ack! Editor Michael Hingston and designer Natalie Olsen have teamed up again to create a box of beautiful bookish object and a short story a day, this year with featured authors including Anakana Schofield, Daniel Handler, Sheila Heti...and a whole bunch of others whose identities you shall discover on the appropriate days when you unseal their stories.

Last year the SSAC sold out, so don't miss you chance. Order your copy here!

Also back for another year after a most successful debut is Biblioasis's Christmas Ghost Stories Bundle, with a brand new bundle. Hearkening back to the 19th-century tradition of ghost stories at Christmas (A Christmas Carol, anybody?) these titles include stories by Charles Dickens, Edith Wharton, an …

It’s that time of year again, that most wonderful time, when the evenings are long, and the air is full of the sound of Year-End Best-Of lists. What, you were expecting carolling?

Sure, the holidays are swell and everything, but as a booklover, the turning of the year is a time to look back, to recall what books brought me joy and, more significantly, to look at other peoples’ lists and see what I missed.

My book budget goes out the window in December, and I don’t think I’m alone in this.

The Year-End Best-Of list has become as much a tradition as turkey dinners and fighting with your family around the table. David Gutowski has, at the time of this writing, more than a thousand such lists aggregated over at Largehearted Boy (and yes, I’m spending altogether too much time there).

But the lists, at least in their more formal iterations, are also a recurring cause of frustration. Open a newspaper, flip through a magazine, click a link, and what do you find? Writers talking about the best books of the year. Reviewers boiling a year’s work down to a handful of favourites. Media figures weighing in with their choices.  It’s as if, in the wake of the major prizes, everybody gets to contribute their voices.

Who don’t you find, as a rule?

Sure, there’s the occasional broad-based piece: Quill & Quire usually consults with a few booksellers for an article, and Publisher’s Weekly did a great job with a survey of American booksellers last we …

Counting Down to Christmas With Michael Hingston and #SSAC2015 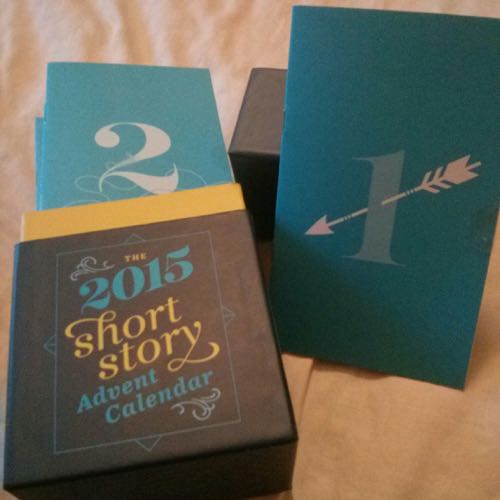 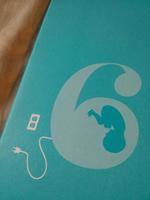 Across the country since December 1, Canadian readers have been waking up anticipating offerings from the most innovative and excellent advent calendar going. Better than chocolate, better than whiskey, and certainly better than some poorly rendered drug store nativity scene, The Short Story Advent Calendar (#SSAC2015) has infused the Christmas countdown with an amazing literary spirit and readers are thoroughly invested in the project.

"The further into #ssac2015 I get, the more I think an advent calendar is the absolute perfect medium for short stories," tweeted Kelsey Attard (managing editor of Freehand Books) on December 9, which was the day #SSAC-readers cracked open the incredible new story, "Wrestling," by Rosemary Nixon. Other readers chimed in in agreement: "I don't often reach for a short story collection, though that might change by the end of December. Loving this format," wrote Marita Dachsel. JC Sutcliffe tweeted in response, "One a day is actually a perfect way to read them. So much gets lost when you read a collection quickly." 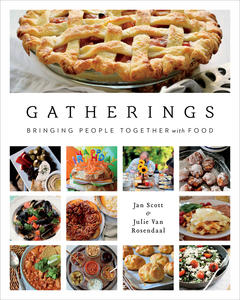 Sustenance is fine, sure, but really, what is the point of food if not to bring people together?

In their new cookbook, Gatherings, celebrated food writers Jan Scott and Julie Van Rosendaal share great recipes and tips for all kinds of events big and small for which friends and family gather around a table—weekend brunches, kids' birthdays, cocktail parties, book clubs, beer tastings and more. Including the December holidays, of course, the month kicking off today and beginning the mad dash through it all.

But don't just be dashing—remember also to savour and enjoy. And to help you out with that, we're pleased to feature great advice from Scott and Van Rosendaal on hosting a successful open house, and a recipe for their "Cheesy Christmas Tree," an idea so brilliant and simple that you'll wonder why you didn't think of it first.

• Avoid cooking during an open house; with guests coming and going at different times you want to be free from the kitchen so you can greet them appropriately.

• This should be the easiest type of gathering you host; keep self-serve in mind when it comes to planning the menu.

• If serving hot foods, prepare them so they can be heated in batches, with a constant rotation of warm foods at the ready …

Melissa Hardy: Reflections on the Season 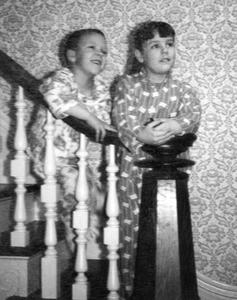 The author and her brother, Christmas Day 1959

Christmas is the time of year when family comes together, for better and for worse. Melissa Hardy, who probes the complicated nature of family ties in her latest novel, Surface Rights, writes about her own family in this blog post, offering her reflections on the holiday season—its darkness, its light, and its stories.

For me, the Christmas season doesn’t begin on Black Friday. It begins on December 1st, the anniversary of Mr. J.’s death in 1960. The J. family lived across the street from us. Mr. J. was in his early thirties, a botanist at the university, and he left behind a wife and three children, ages eight, six, and four. Apparently he had a weak heart; his wife woke up the morning of December 1 to find that he had unexpectedly “Returned to Sender.” Mr. J. was the first person of my brother's and my limited acquaintance to die and it affected us deeply. "If only he could have waited," we lamented, "until after Christmas."

Christmas was magical when I was a kid. Heck, electricity was magical. For me it still is. The Sears and Roebucks Christmas Catalogue sat on a shelf beside the toilet, where I would sit for hours, mesmerized by the myriad possibilities, while my brother pounded plaintively on …