Created by 49thShelf
tagged: ola, forest of reading
The Forest of Reading® is Canada's largest recreational reading program! This initiative of the Ontario Library Association (OLA) offers eight reading programs to encourage a love of reading in people of all ages. The Forest helps celebrate Canadian books, publishers, authors and illustrators. More than 250,000 readers participate annually from their School and/or Public Library. All Ontarians/Canadians are invited to participate via their local public library, school library, or individually.

From Scotiabank Giller-winner Linden MacIntyre, a powerful exploration of justice and vengeance, and the peril that ensues when passion replaces reason, in a small town shaken by a tragic death.
Forced to retire early from his job as a corrections officer in Kingston Penitentiary, Tony Breau has limped back to the village where he grew up to lick …

Professional hockey is a fast game, and a dangerous one. Skates slice like razors; a hard-shot puck can take out an eye; and the ice surface is as hard as rock, especially when skulls are slammed against it. Innovations in equipment make the game faster and more exciting -- and have to be countered by measures that keep it safe for players.

The highly anticipated new stand-alone, full-colour graphic novel from Bryan Lee O'Malley, author and artist of the hugely bestselling (and Toronto-set) Scott Pilgrim graphic novel series.
Seconds is a complex and novelistic stand-alone story about a young restaurant owner named Katie who, after being visited by a magical apparition, is given … 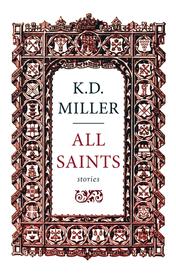 In a linked collection that presents the secret small tragedies of an Anglican congregation struggling to survive, All Saints delves into the life of Simon, the Reverend, and the lives of his parishioners: Miss Alice Vipond, a refined and elderl … 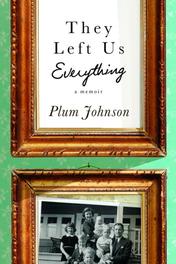 They Left Us Everything

Winner of the 2015 RBC Taylor Prize
Winner of the 2016 Forest of Reading® Evergreen Award™
After almost twenty years of caring for elderly parents—first for their senile father,  and then for their cantankerous ninety-three-year-old mother—author Plum Johnson  and her three younger brothers experience conflicted feelings of grief and relief …

An Englishwoman’s mysterious death in 19th-century West Africa haunts those left behind.

Letitia Landon, "Letty" to her friends, is an intelligent, witty, successful writer, much sought after for dinner parties and soirées in the London of the 1830s …