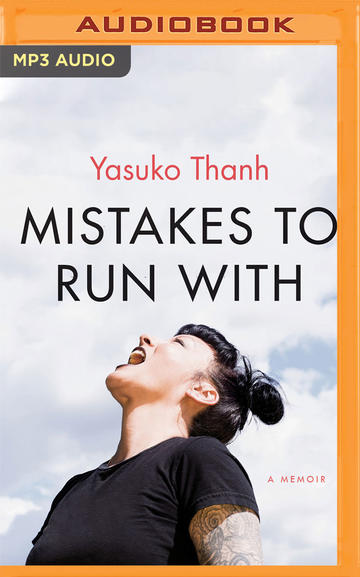 Mistakes to Run With

A devastatingly frank memoir that tears open the past to examine how circumstances - and the choices we make - dictate the people we become.

Mistakes to Run With chronicles the turbulent life of Yasuko Thanh, from early childhood in the closest thing Victoria, BC, has to a slum, to teen years as a sex worker and, finally, to her emergence as an award-winning author.

As a child, Thanh embraced evangelical religion, only to rebel against it and her equally rigid parents, cutting herself, smoking, and shoplifting. At 15, the honour-roll runaway develops a taste for drugs and alcohol. After a stint in jail at 16, feeling utterly abandoned by her family, school, and society, Thanh meets the man who would become her pimp and falls in love.

The next chapter of her life takes Thanh to the streets of Vancouver, where she endures beatings, arrests, crack cocaine, and an unwanted pregnancy. The act of writing ultimately becomes a solace from her suffering. Leaving the sex trade, but refusing to settle on any one thing, Thanh forges a new life for herself, from dealing drugs in four languages to motherhood and a complicated marriage, and emerges as a successful writer.

But even as publication and awards bolster her, she remains haunted by her past.