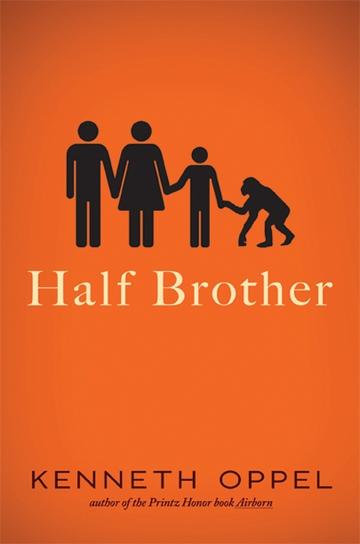 When Ben Tomlin’s mother brings home his “new baby brother,” an eight-day-old chimpanzee, Ben is far from thrilled. His father, a renowned behavioural scientist, has uprooted the family and moved them halfway across the country, to Victoria, B.C., so he can pursue a high-profile experiment -- to determine whether chimpanzees can learn human sign language.

The chimp, named Zan, must be raised exactly like a human. He’s dressed in clothes and fed in a high chair and has a room full of toys. Ben is soon smitten. Joining the team of students who are helping with the experiment, Ben becomes both researcher and adored older brother.

Within months, Zan learns his first signs and becomes a media sensation. At his new school, Ben’s life seems similarly charmed as he vies for the attention of the beautiful Jennifer -- using his newly acquired scientific observational skills.

But when Project Zan unexpectedly loses its funding, Ben’s father is under huge pressure to either make the experiment succeed or abandon it -- and Zan. Unable to convince his father that Zan is now part of the family, Ben must risk everything he knows and everyone he loves in order to save his baby brother.