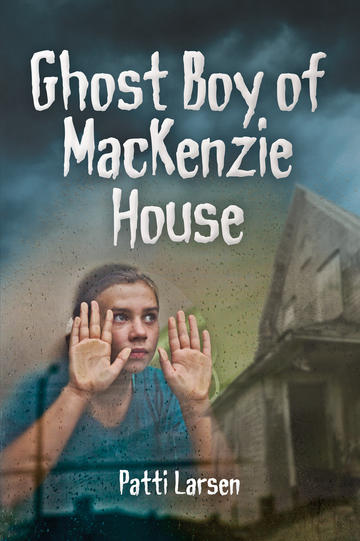 Ten-year-old Chloe Sutton arrives on Prince Edward Island from her home in Ontario after the tragic loss of her parents in a car accident. Her Aunt Laverne is a doctor and her only relative able to take her in. Chloe isn’t sure what to make of her aunt’s big old house on the red cliff overlooking the Northumberland Strait, or the skinny, red-haired and heavily freckled boy who wants to be her friend. Her first night in her new home, Chloe is tormented by the loss of her mother and father and hides in the dark to speak to them. When she does, she unknowingly invites the attention of a ghostly boy who inhabits the oldest part of the farmstead. Terrified but intrigued by the encounter, Chloe decides to uncover his history, setting her off on a set of adventures. When she does finally find the ghost boy's secret, she realizes he has been blaming himself for years for the death of his brother, much like she has been blaming herself for surviving her parents.

About the Author
Patti Larsen is an award-winning middle grade and young adult author with a passion for the paranormal. Her YA thriller Run, is a recent recipient of the PEI Book Awards for Fiction. She is also the author of the popular Hayle Coven Novels, beginning with Family Magic.
Author profile page >