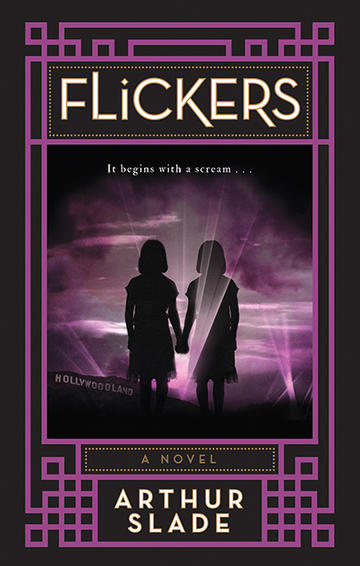 A movie scream so piercing, so chilling and so powerful, it will open up another dimension and summon something beyond all imagining . . .

Far from the isolated prairie ranch where they were born, orphaned twins Isabelle and Beatrice Thorn are living a glamorous 1920s Hollywood life as wards of Mr. Cecil, a mysterious and influential director. Isabelle is a silent film starlet, destined for greatness in the very first talking picture—a horror flick that will showcase her famous scream, often seen but never before heard by audiences. Meanwhile, Beatrice spends her days hidden away on the Cecil estate with her books and her insect collection, scarves covering her birthmarks and baldness. But Beatrice’s curiosity about Mr. Cecil, the death of her parents, the appearance of scorpion hornets—creatures that should not exist on this earth—and the unsettling fates of two people who visited his estate is getting the better of her, and she’s starting to realize the director has truly dark designs for this movie.

ARTHUR SLADE was raised on a ranch in the Cypress Hills of Saskatchewan. He is the author of seventeen novels for young readers including The Hunchback Assignments, which won the prestigious TD Canadian Children’s Literature Award, and its three sequels, and Dust, winner of the Governor General’s Award for Children’s Literature. He is also the author of the acclaimed graphic novel Modo: Ember’s End. He lives in the mythical city of Saskatoon, Saskatchewan.

“Arthur Slade has written yet another amazing book for young adult readers ... filled with enough twists and turns to keep readers on the edge of their seats until the chilling climax of the story.”

“Slade knows just how to give grotesquely tantalizing flickers of evidence as his special detective uncovers the mystery of her own life and gets a chance to shine on her own very important stage.”

“A Gaiman-esque glimpse into parallel worlds with terrifying caricatures of humanity, Flickers showcases Slade’s uncanny ability to plunge readers into the richly imagined backdrop of another era.”