Sparking Conversation in the Classroom: The Big Dig by Lisa Harrington

The Big Dig by Lisa Harrington is the perfect young adult novel to spark meaningful discussions on a variety of topics. Teachers are familiar with the difficulties that students face when they have to move and change schools. This story can help ease the transition as readers can relate to the main character, who is faced with the challenge of making new friends and adapting to a new community. Each of the three main characters is unique in their own way. Although their personalities would seem to naturally clash, they accept each other’s differences and forge a very strong friendship.

It’s 1977, and shortly after dealing with the loss of her mother, Lucy is sent by her father to live with her Great-Aunt Josie for the summer. There, she meets two friends, Colin and Kit, and they create everlasting friendships. Together, they attempt to help Lucy uncover the truth she is seeking.

Harrington does a fantastic job of bringing the reader into Lucy’s head. As the reader follows fourteen year-old Lucy to Nova Scotia for summer break, the author makes you feel as if you are with her, e …

Summer is a time for adventures! When you’re a kid anything can be magical when school is out — whether it’s camping, trips to the mall, playing at parks and splash pads, library visits, or swimming in the lake. For some, summer is all about being in nature while others can’t imagine a day beyond their cities, riding the subway to the next exciting stop. There are no rules for what makes a summer special, as long as you spend time relaxing with the people you love.

Here are some primary picture books and middle school novels that show how some people spend their holidays. Hopefully they spark a memory or inspire a new tradition! 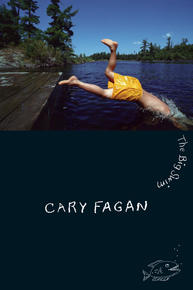 In Cary Fagan’s The Big Swim, Ethan has one goal: to survive summer camp. It’s his first time away from home but although he’d rather join his parents on their trip to Europe, he accepts his fate and becomes determined to make the best of things. Sometimes things are hard and parents aren’t always around to help. This novel is great at showing ways to cope with sadness and anxiety, ways to take care of ourselves, and how to know when to push beyond our comfort z …

Books to Inspire Storytelling (With Tech Tools to Capture the Tales)

At the beginning of each summer, as school is winding its way to the end, I inevitably pull out my books of ghost stories. I spend some quality time with the likes of Henry James, Robertson Davies, and Shirley Jackson and think back to when I was a child, roasting marshmallows and telling spooky tales over a campfire on a warm summer night. There are so many kids I see in my library with amazing and inventive stories to tell. Unfortunately some of these stories are never told, as the writing process does not come easily for everyone. Here is a list of books to inspire the oral tradition of storytelling and some tech tools that can help to capture these magical tales from the vivid imaginations of our students. 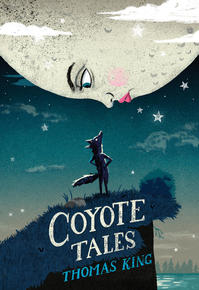 Two humorous stories about Coyote make up the book Coyote Tales by Thomas King, illustrated by Byron Eggenschwiler. In “Coyote Sings to the Moon,” Coyote causes the moon to become angry and hide at the bottom of the pond, in a tale explaining why coyotes howl at the moon. “Coyote’s New Suit” is the hilarious story of Coyote stealing the furs of animals, forcing them to steal pe …

Leading Students on a Path of Self-Discovery: Sadia by Colleen Nelson 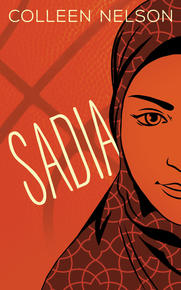 As a fifteen-year-old adjusting to life in high school, Sadia begins to realize that growing up in Winnipeg brings many challenges. Balancing school work, extra-curriculars, and relationships, all while trying to discover yourself is a daunting task. Sadia faces pressure from her family, peers, and herself, while trying to figure out where she fits in.

When the new school year begins, Sadia’s best friend has started de-jabbing. This poses a real dilemma for Sadia as she has difficulty understanding why her friend would all of a sudden start lying to her parents.

This novel can serve as inspiration for many of our students. Living in a multicultural society means accepting everyone for who they are. Traditional rules need to be adjusted, and Sadia’s story serves as a prime example. She loves to play basketball and is a vital member of her school team. At an annual tournament, some of the opposing teams take issue with a piece of Sadia’s clothing — her hijab. Just when she thinks there is no hope, Sadia receives inspiration from an unlikely source.

The new initiative for my school library in September is the addition of a loose parts area in the library makerspace, where students will have the opportunity to play with different materials and use them to explore literacy, numeracy, and art. One of the features I love about loose parts is that they are all reusable; the learning can be captured with a photograph or video and then the creation can be taken apart. I have already gathered some natural loose parts (shells, sticks, twine, rocks, pinecones etc.) along with buttons, beads, Lego, blocks, small electronic items like motors and a number of recycled materials. As with all the learning tools in my makerspace, I like to add picture books as prompts for exploration. Here are just a few that may inspire your students to become creators. 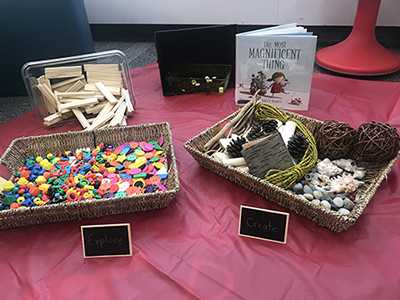 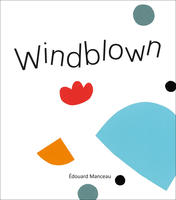 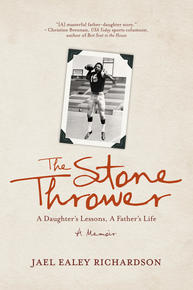 It can be very difficult to tell two stories in one book, especially in a work of nonfiction, but this is something Jael Richardson does  masterfully in her debut book The Stone Thrower. In this beautifully written memoir, Jael sets out on a path of discovery to find out how her father, football legend Chuck Ealey Jr., became one of the best quarterbacks in history and why he chose to end his illustrious career. While conducting this exploration of her father’s life, she also explores her own life and what it was like to grow up as a young Black woman in Canada. Even though this book is a tale of two stories, there are common themes that feature prominently in both.

Resilience, true grit, and determination are key components of this book and they are also traits that teachers attempt to instill in their students; which is why it is such an excellent resource and educational tool in multiple curricular areas. Physical Education, History, English, and Global Studies courses could all use this book as it covers the sport of football, provides historical context of the civil rights movement, and looks at …

Eric Walters is a well-known Canadian author who has published an astounding 100 books (and counting). Only a writer who can adapt to the changing interests of readers can maintain such a long and distinguished career. His most recent pieces of Young Adult fiction, specifically involving catastrophic events, are very appealing to the modern young adult (and young adult at heart) reader.

Do you remember where you were during the blackout of 2003? The Rule of Three series will bring those memories back and take you on a wild ride of what it could have been like if ALL the computers on Earth crashed! Sixteen-year-old Adam is at the heart of the chaos and it’s his unique hobby that may be the key to the survival of his community. Friends, family, and neighbours (with secret pasts) will have to contribute all of the their knowledge and skills if anyone is going to survive. But who can you trust when your life—and the lives of loved ones—are on the line?

This year, students in the library at my school have been focused on using design thinking as a framework for inquiry and STEAM projects. The design thinking process takes the learner through five non-linear stages: empathize (to understand the user or who we need to solve a problem for), define (to narrow down the problem we want to solve), ideate (to brainstorm solutions), prototype (to create a model or plan), and test (to determine if the solution works). Because several iterations are often necessary, students build resilience and learn how to fail forward. Design thinking can take students to many different end results: a tangible product or invention, a virtual design, or a campaign to raise awareness. Integrating the Global Goals for Sustainable Development can not only make the learning more authentic, but also foster global citizenship. The following fantastic titles can launch inquiry and design thinking in relation to some of these goals. 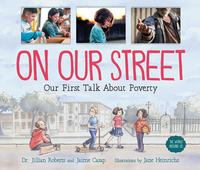 On Our Street: Our First Talk About Poverty by Dr. Jillian Roberts and Jaime Casap, illustrated by Jane Heinrichs introduces seve …

As parents, teachers, librarians, family, and friends, we want to raise children who know how to be kind. Reading alleviates the dangers spurred by ignorance and encourages kindness and empathy. Children need to learn what makes us different to celebrate what makes us special. Let’s teach our primary and junior readers to take care of each other and to value and love themselves. Here's a list of books to help! 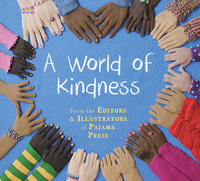 A World of Kindness, from the editors and illustrators of Pajama Press, is dedicated to Fred Rogers and Ernie Coombs, “whose long-running television shows gave us inspiring examples of gentleness and kindness.” So it is the best book to start with. For the smallest of readers, it asks one very simple question: Are you kind? Each page has another one-line question about kindness alongside a gorgeous illustration by many beloved illustrators. Some of the art is original to this book and some is taken from books already published by Pajama Press. The end pages are filled with clearly written words such as “compassion,” “empathy,” and “consideration.” These words may be new for …